The next bull market won’t be where you think

Stocks are going a lot higher…

If you want to know why, make sure to check out this discussion I had with the Chart Hunter, JC Parets.

You can check out the full interview here.

Now, you might be thinking… thank you Captain Hindsight, the stock market is coming off its best week since August…aren’t you a little late to this party?

In some areas maybe yes…in others…the party is just getting started.

Where does JC see some of the biggest moves happening next?

His area of focus – regional banks.

I’ll admit, I was a bit skeptical about this idea.

Heck, this guy had been pounding the table on tech for the last few weeks.

Then, he pointed out something obvious – the two weren’t mutually exclusive.

We could see tech continue its rally AND watch banks march higher.

All of that starts with small caps – the one index that can’t seem to gather any strength.

That is until JC pointed this out…

While most of us were focused on the big tech names, something sneaky happened in the IWM.

Small caps managed to stage a rally of almost 13% from the end of September. And up until yesterday, that was better than both the SPY and the QQQ by several percentage points.

But what he also pointed out was the value of small to large-cap companies.

Take a look at how this played out over time.

When you look at the ratio of these indexes, you can see how it’s come right into a support level that goes all the way back to 2002.

And believe it or not, technical analysis works just as well on ratio charts like this as it does on your good ‘ol stock charts.

But that wasn’t the only thing he saw.

There had been a recent spike in momentum coming in the form of new short-term highs, which hadn’t been seen in quite a while. 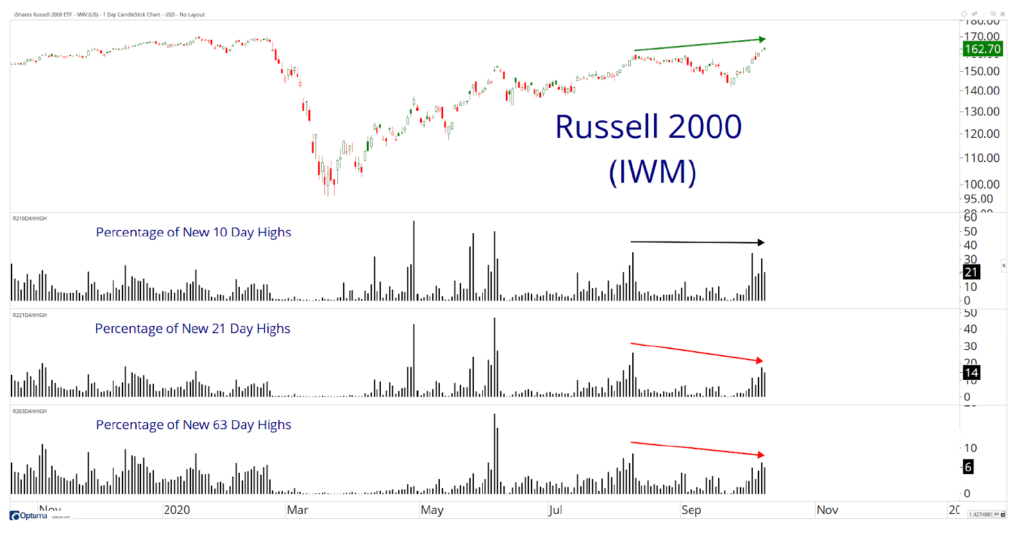 In JC’s view, if the IWM can maintain these levels and start working its way to new all-time highs, something I discussed in my recent newsletter, then it could potentially outperform some of the tech high fliers!

So, how does that get us to regional banking stocks?

During the financial crisis, everyone had tickers of Citigroup (C), Bank of America (BAC), and the other behemoths, seeing if they would make it through the day.

Most of us didn’t pay attention to regional banks and still don’t.

Yet, they’re one of the most likely to benefit from an improving economy over most other sectors.

Check out this chart comparing the KRE regional bank ETF to the TLT long-duration US Treasury ETF. 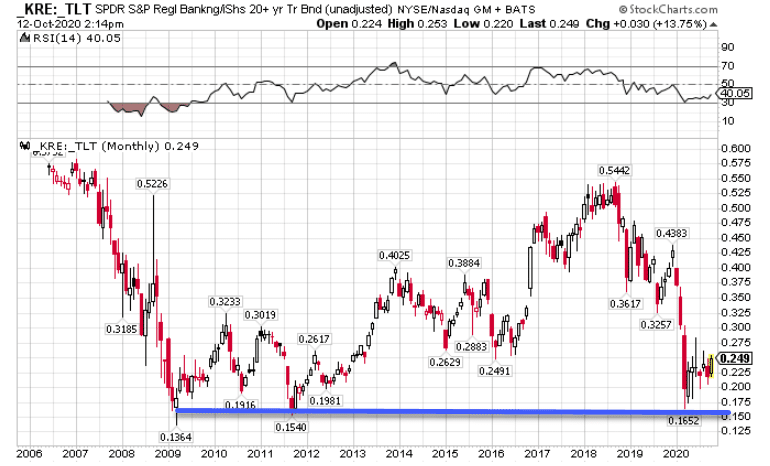 Right now, regional banks are at some of their lowest levels compared to US Treasuries. There are two reasons for this.

First, regional banks themselves got hammered during the pandemic selloff.

Second, the Fed stepped in to buy treasuries to drive down interest rates.

While they plan to keep rates low, their expansion of the balance sheet is over.

And recently, we’ve started to see some downward pressure in bond prices. 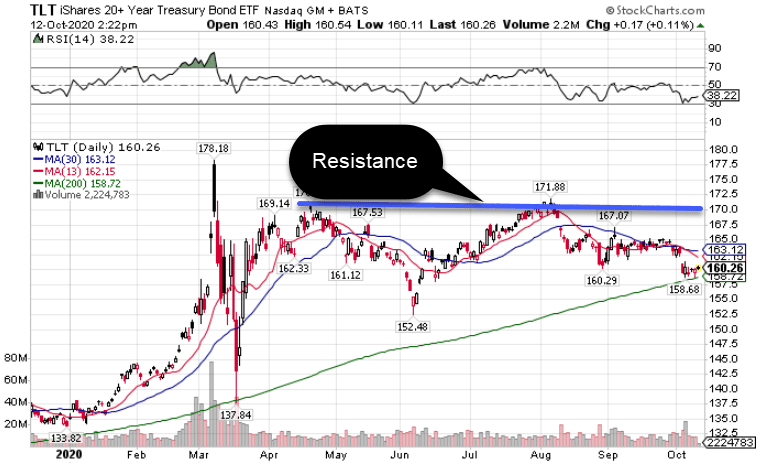 You can see how the TLT ETF is riding the 200-period moving average.

If bonds break lower, that drives up yields on treasuries.

And that benefits the bottom line of banks, especially regional ones.

They tend to experience more volatility, both good and bad.

But if I could leave you with one last chart to highlight the potential outperformance of regional banks, take a look at a comparison between the KRE regional bank ETF and the XLF financials.

Looking at this chart, we can see how there appears to be a double bottom in the same area as March.

The difference now is there’s relative strength behind the move.

Do I jump in right now?

Now, do I think all of this is going to happen next week?

These are daily and sometimes monthly charts.

While we’ve already started to see rotation into smaller companies, it’s been more reactionary to this point.

This is something where you need to watch the charts and do your analysis.

For my money, there’s no one better than JC Parets.

The guy has been all over Peloton (PTON), which has been a monster lately.

He cuts through any emotion and tells you exactly what the charts are saying and why.

What I love about his analysis are the different angles it takes.

It helps me not only understand the idea but gives it context.