Is the world running out of gold?

To answer this in a word – yes.

Everyone assumed that gold prices took off this year as a safety trade.

When I dug into the charts this week, I realized something wasn’t quite right with gold. 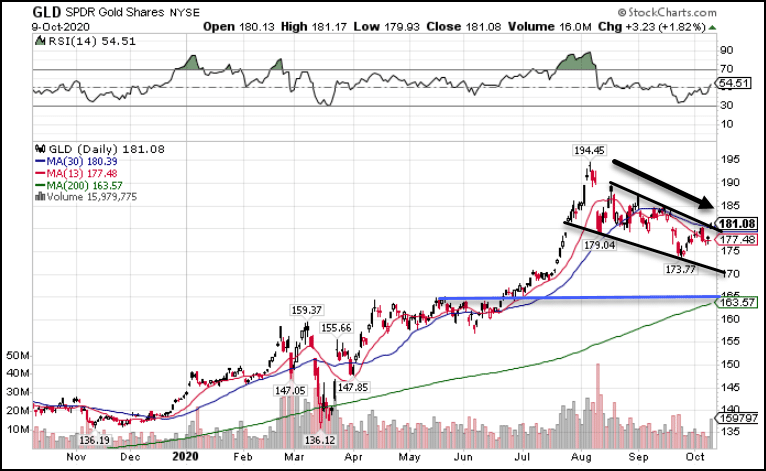 While gold pulled back in a descending channel, it’s heading right for a consolidation area (noted by the blue line).

That also aligns with the gravitational line (200-period moving average).

And I think that’s about to create one heck of a bounce.

Yet, I’m bullish on stocks all the way through the election.

How can this be?

As I scoured the internet, I came across a startling answer.

It’s not all mine

As traders, we rarely think about gold as a commodity, something that we pull out of the ground.

Yet, there’s a real industry of gold mining that exists beyond the few television shows we see on cable.

Despite the way it’s portrayed, there’s been no new major gold discoveries in the last 3 years.

Let me put that in some context.

S&P Global Market Intelligence determined there were 278 deposits discovered from 1990-2019 containing 2,194.5 million ounces of gold in reserves, resources, and past production.

There has been zero in the past 3 years.

In the past decade – only 25 containing 7% of all the gold discovered during that period.

You would think with gold hitting record highs, people might be interested in seeing what else is out there.

In fact, gold mining companies, many in the GDX and GDXJ ETFs focused on their advanced-stage assets and deposits.

Grassroots exploration has become rarer and rarer, with budgets towards these projects half what they were in the 1990s.

This places a supply strain on a market already seeing increased demand.

On top of that, the cheaper US dollar puts another tailwind on the yellow metal. 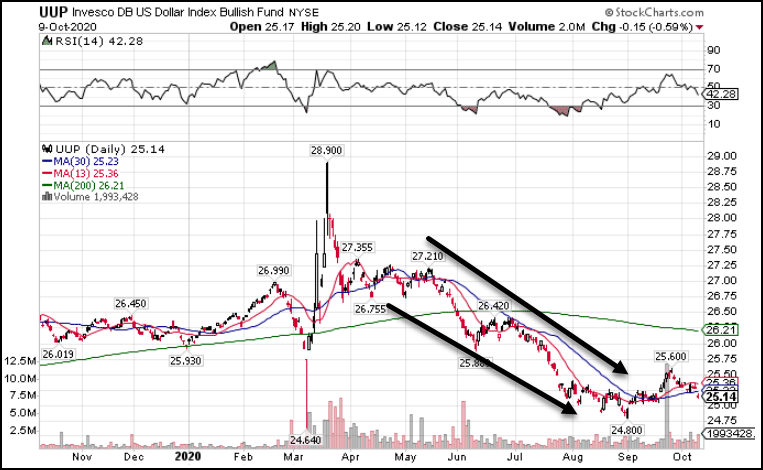 With a Federal Reserve hell-bent on stoking inflation, it’s only a matter of time before gold finds its footing and takes the next leg higher.

And I suspect that might coincide with the run into the election and here’s why.

Stocks are ready to run

Take a look at the daily chart of the SPY here. 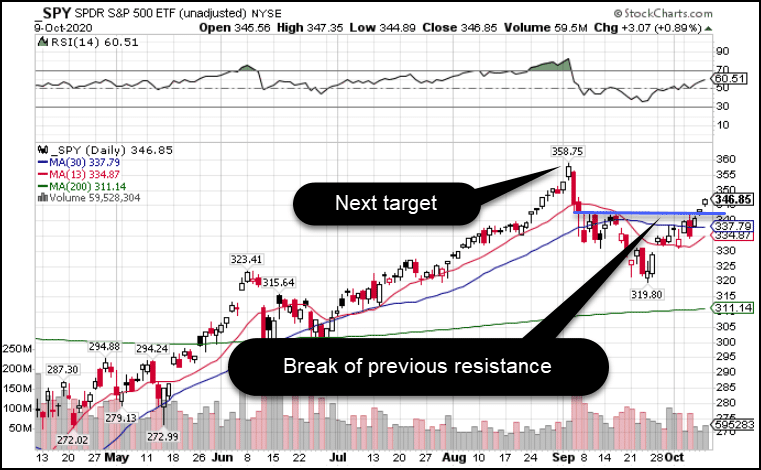 That opened the door for higher prices, with stocks likely to take out the all-time high.

Some traders might expect things to stop at the previous all-time high.

But looking at the rotation into small-caps has me thinking otherwise. 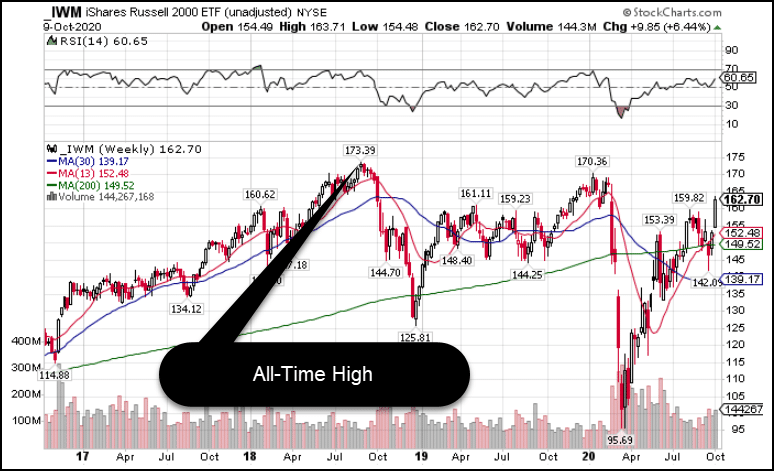 For years these riskier assets lagged the broader market.

Now, I think it’s time for them to make their move and break out to new all-time highs, not by a little bit, but by several percent.

At the moment, the IWM is off by nearly twice as much as the SPY from its all-time highs in percentage terms.

The difference is the SPY already made new all-time highs this year.

When the IWM does, it’s taking out levels that held for the last two.

And that could lead to a squeeze that pulls stocks up and through the election.

Here’s how I’m playing it.

Some of the best plays this year have been momentum names like Zoom (ZM), Chewy (CHWY), and the like.

I expect these to continue to work along with some of the big tech like Tesla.

What I don’t want to do is get caught in any of the names that could get thrown by the election.

There’s already been talk of antitrust legislation against Amazon (AMZN), Google (GOOGL), and the like.

So for me, those aren’t names I want to be in unless they provide amazing setups.

Instead, I plan to focus on the ones with high short-floats like Tesla (TSLA).

At the same time, I’ll be watching closely for a reversal in gold and gold mining stocks closer to the election.

These could be setting up for a move that outperforms all other sectors through the end of the year.

Timing these trades is the key.

And there’s a lot of information to digest between now and then.

That’s why I provide my High Octane Option members with daily updates to my trades and my plans.

They see exactly what I’m trading in real-time, along with the exact option contracts I choose.

So, they’ll be among the first to know when I start building my position.

Check out High Octane Options and get in on this education opportunity before it’s too late.