If this is true, bank earnings will spark the next run

This week marks the unofficial start of earnings season.

As I told High Octane members this past week, I expect markets to rally right into the election.

Looking at this week’s landscape, I see one sector sparking the next leg.

Up until now, these companies struggled to keep up with the broader indexes.

But that could be about to change and here’s why.

How low can you go.

Analysts set the bar so low for these companies that any modest beat and improved outlook could set shares ablaze.

While most of us focused on the major market rallies, U.S. Treasuries fell to some of the lowest levels in the last 90 days. 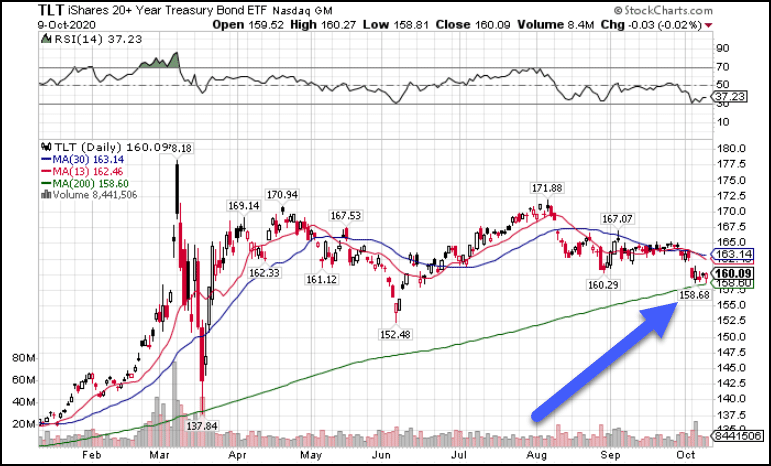 Reading this chart the way I do, and seeing how the gravitational line is working, I suspect that bonds might be getting ready for another leg lower.

And that is bullish for banking stocks.

You see, banks make money off the spread between short-term and long-term interest rates, known as net interest income.

When long-term Treasury prices fall (TLT), they often do faster than short-term ones. That widens the spread, which drives profits right to their bottom line.

And with the market pricing these companies as if the economy is still shut-down, there’s a lot of room for shorts to be squeezed.

But take a look at the financials ETF (XLF) if you don’t believe me. 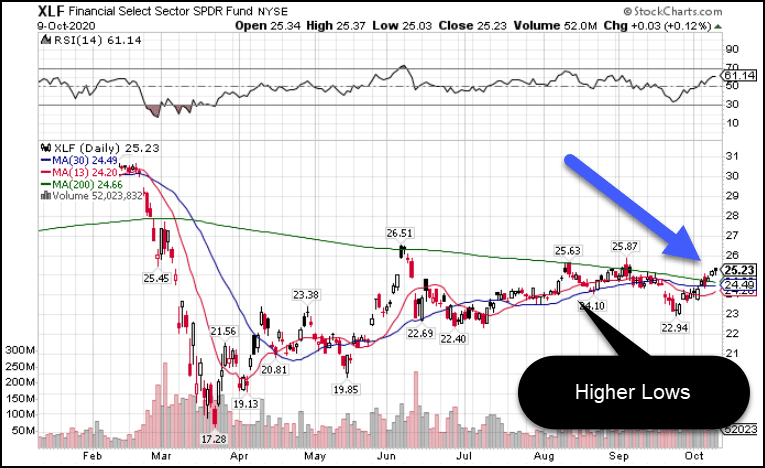 Three times the ETF banged into the gravitational line, making a series of higher lows.

Last Friday, it closed firmly above the moving average.

And with this week being options expiration and bank earnings coming out…well I don’t need to tell you what kind of explosive move that sets itself up for.

To stimulus or not to stimulus

But when news hit the wire of a potential deal coming through, many of my High Octane holdings saw a nice boost.

The question is whether anything will happen before the election.

There’s a lot of headwinds between now and then – a demanding house, a chilly senate reception, and an election across the country.

I personally expect something to pass in the next few weeks. Otherwise, I suspect it might be akin to political suicide for many.

It may not be a major bill, but I do expect something.

However, any jawboning in between could damage the market rally.

Because a lot of its recent move is built on the hope that SOMETHING is done.

I would watch for cues from the Senate to see what they are willing to accept.

If they are willing to take even a slimmed-down approach, I believe that overwhelming economic pressure will push something through.

Now, there’s one last sector I want to discuss because it’s been the focus of many of my High Octane trades lately. But that may be about to change.

Yet, the market hasn’t truly priced in the real possibility of anti-trust legislation against these companies.

Some current proposals aim to curb activities such as promoting owned label products in their marketplace over competition or limiting acquisitions of competitors.

Others focus on the way they manage and distribute content.

And yet these companies trade near all-time highs with fairly bullish chart patterns.

Both parties want to do something about big tech.

They just can’t agree on what that something is.

I don’t think markets will take this problem seriously until the election clears up some of the ambiguity, and we have an idea of which proposals might stand.

This is what I’m planning for the coming week

My focus is on one thing – options expiration.

There are a ton of amazing opportunities I see out there RIGHT NOW.

But let me help you prep for this week with my 10 Tips for Investing in Post Pandemic Markets. 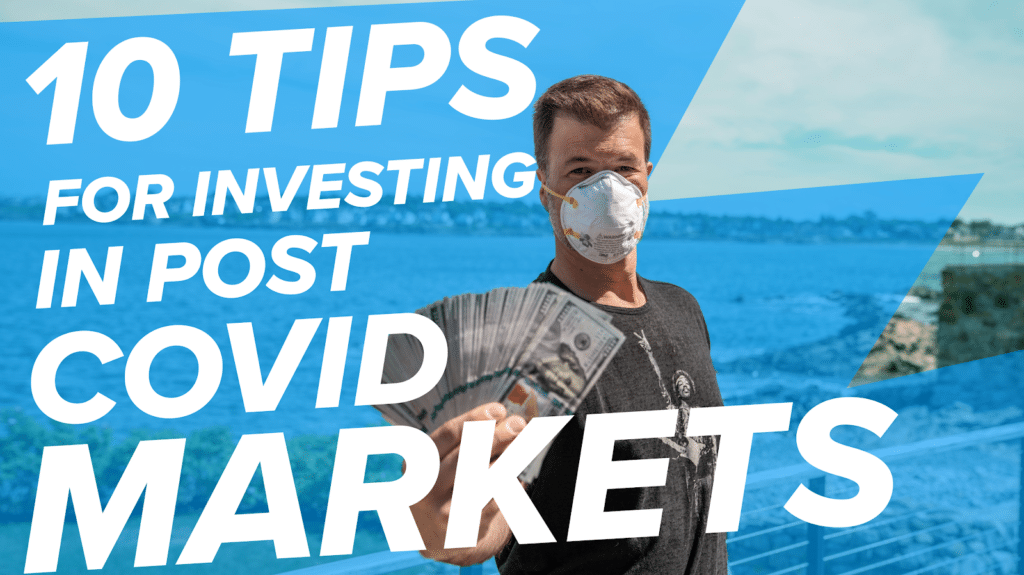