Day trading the indexes? Here’s how to select the best options contract

Finding a setup to daytrade is only half the battle.

Picking the best options contract is what separates retail from people like Ben Sturgill.

How else would he manage a record like this in August: 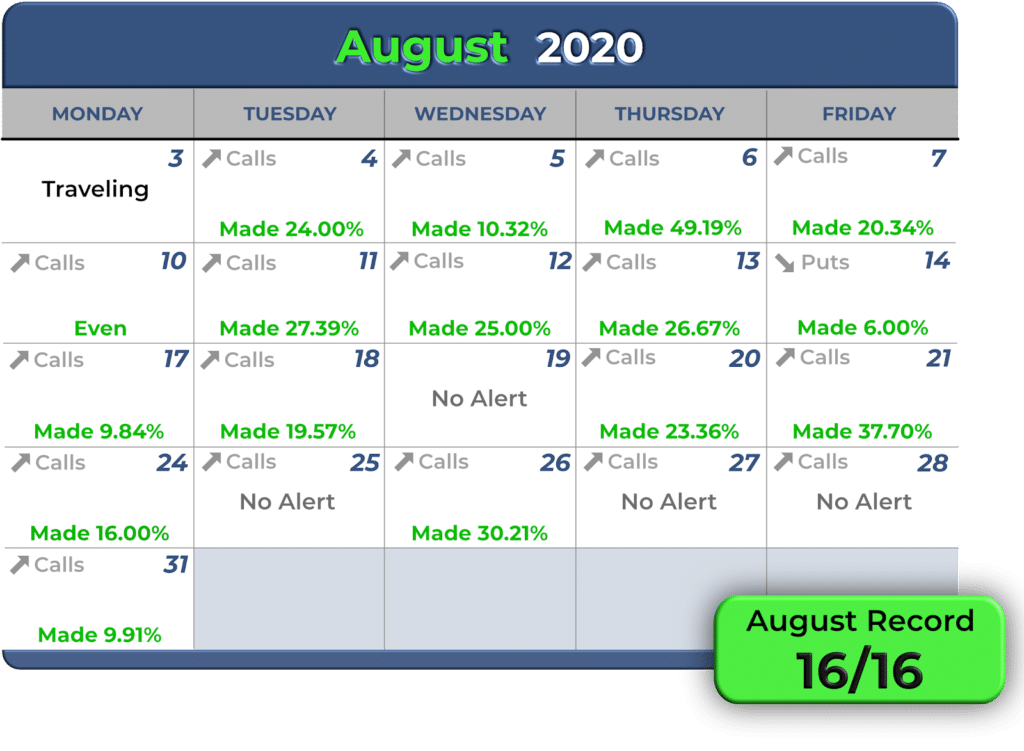 And you should see his stats for September*
*See Disclaimer below.

I managed to get some quick tips from the day trading master…Cause I’m the boss around here!

Specifically, he told me how to pick which options to trade.

And even though I’m fairly proficient myself, he told me a few things I hadn’t even thought of.

So, before he stops me, let’s talk about how to choose the best options contract for day trading.

First things first, you need to decide on which stock you want to day trade.

Not all stocks have tradeable options.

And even stocks that do might have different expirations.

In general, stocks with less volume (IE small caps) will only have quarterly options. These aren’t ones to day trade. Spreads are typically too wide to work.

As you go up in volume, stocks will move to monthly expirations. Again, these still aren’t good candidates for day trading.

Then you get to ones with weekly expirations.

This is a category I like to get involved with.

Weeklies expire every Friday unless there’s a holiday. Then they expire on Thursday.

However, not all weekly options are created equal.

Some stocks like Apple (AAPL) make great candidates because of the high option volume, while something like Clorox (CLX) many not.

This is where Ben plays.

These are the most liquid options out there. And, they have expirations Monday, Wednesday, and Fridays of every week!

Take a look at the open interest of the SPY compared to Apple and CLX.

You can see how the open interest for options expiring in two days is significantly higher in Apple and the SPY vs CLX.

Notice how the spreads (the difference between the bid and the ask) is a penny for the first two and $0.05 for CLX.

Now, check out what happens when we go out to two Fridays.

So, it seems the SPY and Apple are pretty liquid.

However, there’s one big difference between the two – the price of the stock.

As stocks get more expensive, the spread on their options tends to increase.

Take a look at Amazon’s (AMZN) spread only two days from expiration and you’ll see what I mean.

I lay this out because, as Ben explained to me, it’s a balance between the stock’s price, the spread, and your setup.

Which he explained through time decay.

Time decay eats away at the extrinsic value of an option as you approach expiration.

For example, if a stock’s price is $100 and the call option is $90, then there is $10 of intrinsic value. Everything else is extrinsic value.

Here’s a quick visualization of how it works. 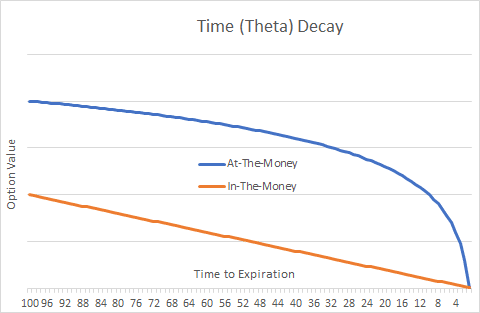 What most beginning traders fail to realize is this works intraday as well.

That means if you select options for the same day or even out a day or two, they will lose value throughout the day.

So, it becomes a balance between selecting options that aren’t out too far in time but far enough.

There’s also a tradeoff between strike distance and price.

The further out-of-the-money you go, the cheaper options become. But, the less they move with the underlying.

Picking out the day trading contract like Ben Sturgill

So how does Ben pick out the best contracts for his day trades?

Let’s take what we know and apply it to his trading.

First, he trades the SPY. So, he’s got a lot of flexibility in which contract he wants to play.

Now, Ben likes to trade based on his risk profile. That means he doesn’t want the options to cost more than $1.50 per contract.

Knowing that, he narrows his objective down to two elements – maximize movement and minimze extrinsic decay.

Maximizing movement means selecting options as close as he can or as far in-the-money as possible.

Since he wants to keep his risk below $1.50 per contract, that means selecting option contracts that are out-of-the-money.

At that point, he needs to balance the time until expiration with the strike price.

Here’s what that looks like on an options chain for the SPY. 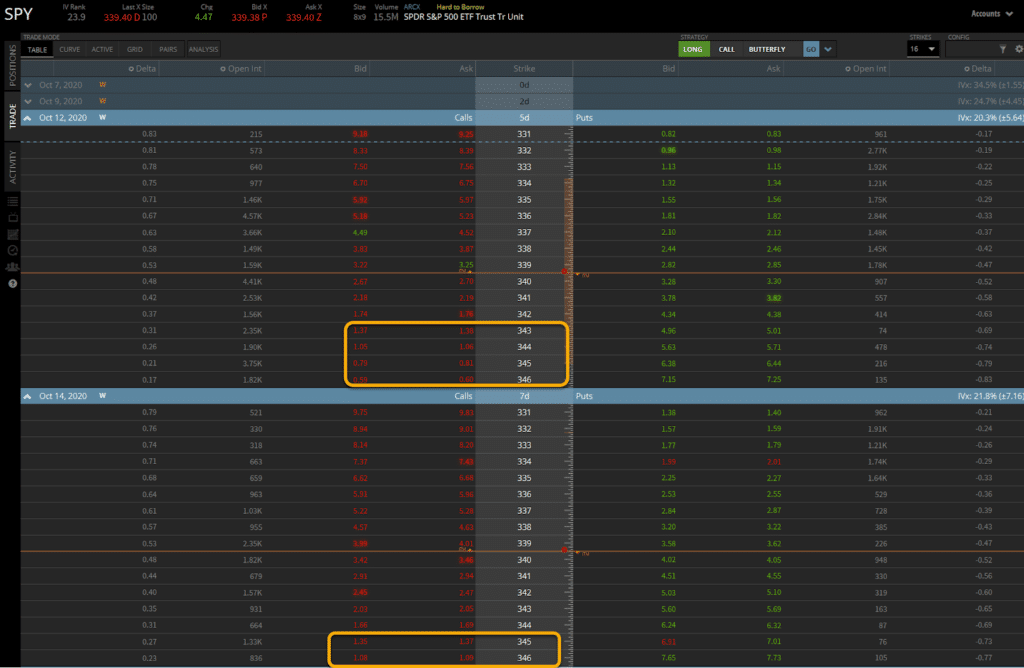 If he wanted to go with calls, the October 14th expiration would limit him to any strike $345 and above.

Again, there isn’t a one size fits all approach. It’s a tradeoff based on your priorities.

Get a pro’s take

I’ll admit, there’s no better way to learn than by following someone who does this every day.

And for my money, that’s Ben Sturgill.

Don’t miss out on his upcoming webinar.