This is how I recover after a bad beat

It doesn’t matter that I racked up wins in Caterpillar (CAT) or McDonald’s (MCD) right before that.

Bad trades can throw you off your game if you’re not careful.

Which is why I created these guidelines to get myself back in the zone.

I found them effective, yet broad enough that traders like you can take something away from them.

Before I get into the nitty-gritty, I want to talk about stop losses.

People know they need them, but not how to set them.

And they’re a key component of the first step.

So let’s get you squared away with a quick training video. 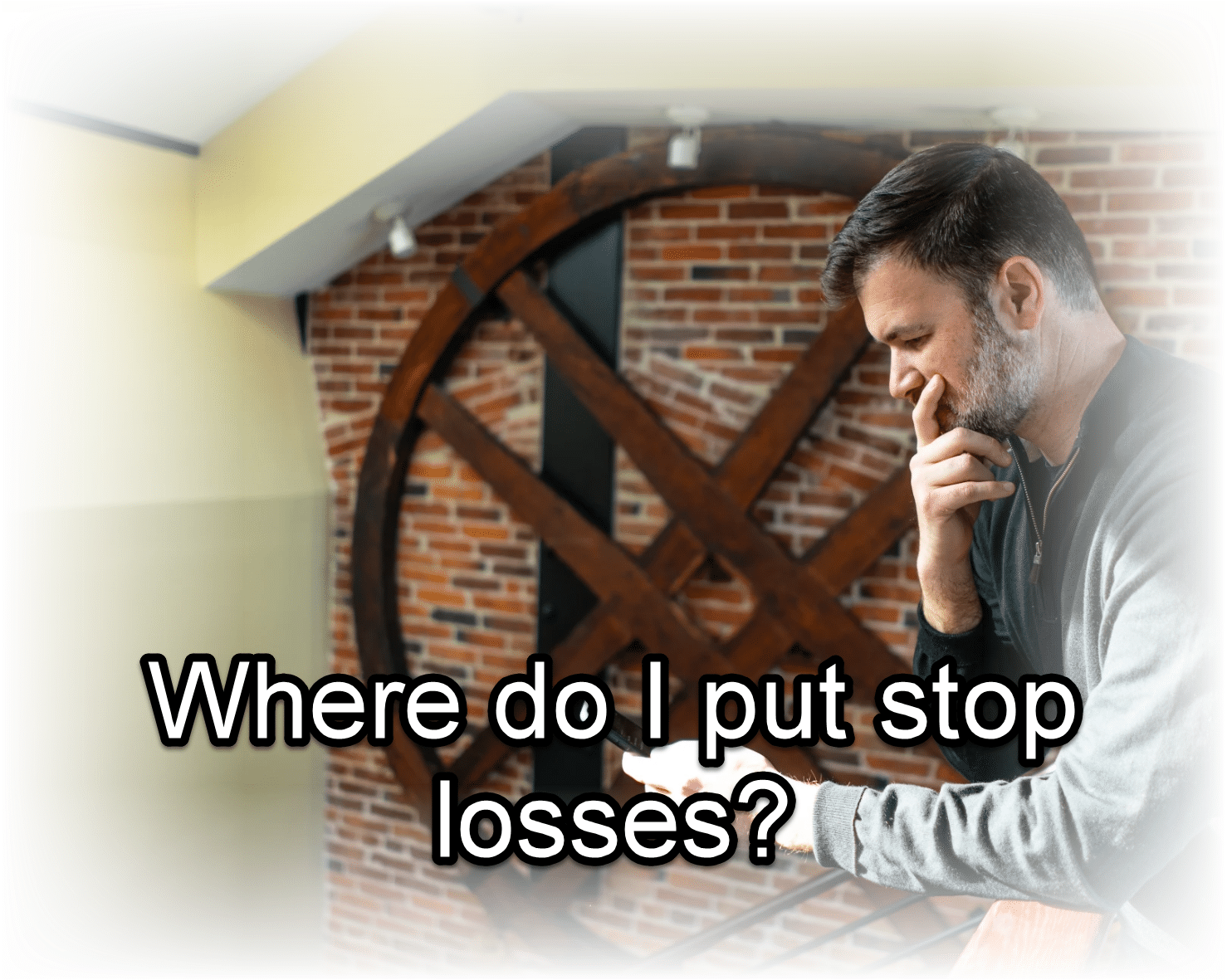 Now, let’s dig into the guidelines.

For newer traders, sticking to your stop losses is one of the most difficult tasks.

And it’s also the most likely culprit for excess losses.

That’s why the first step to curtailing overtrading is analyzing your stop losses.

Determine whether you properly set your stop and adhered to them.

Some traders don’t clearly define their stops before they get into a trade. They pick out a general area.

Quite often, this leads to second-guessing yourself into larger and larger losses.

Picking a specific price makes the decision making easier.Does the price need to be 100% dead on?

The second assessment is whether you adhered to your stop losses.

Setting a specific stop loss is the first step. Stopping out is the second.

And it’s much harder than you might think…I know from experience.

We’re trained by society not to accept failure – to push through and work harder.

That doesn’t work in trading. It leads to larger losses.

If you’re losing money overall and adhering to your stops, then your strategy is bad – plain and simple.

So separate out the pieces to figure out which is the culprit.

Cut back on trading

This is probably the hardest part for most of us. We want to get back in and win back our losses.

Rarely does this work.

Instead, we compound our mistakes and wonder why our account is shrinking.

Sometimes, its best to take several days away from the market.

Especially after a bad beat, when I get too wrapped up in the emotions, I just have to stop.

I’ll intentionally schedule time with my family and friends to keep me away from the markets.

When I do come back, I limit the amount of trades and their size.

Sometimes, I only allow myself three trades per day.

Odd as it sounds, forcing yourself to do this can make you think better.

When you only get 3 trades, you start to skip the sloppier setups and wait for your best entries.

It trains you on patience, frequently rewarding you with better trades.

One great trick is to create a small sub-account with a limited set of funds.

It can be frustrating, but if you can do well on a small account, chances are the large account will be much easier.

All of these aim to refocus you on what works and keep you out of the trades that don’t.

So it makes sense to shrink your trading down to what you would be most successful at.

The more complicated we make trading, the harder it becomes.

Most of my setups involve only a couple of indicators.

Rather than try and hit a home run, I’m looking for singles.

I want to create a consistent stream of wins, even if that means forgoing some potential profits.

One of my favorite ways to do that is with a moving average crossover on the hourly chart.

This gives me a fairly reliable trend change signal for my trading.

You can see it in action here with the chart of Tesla. 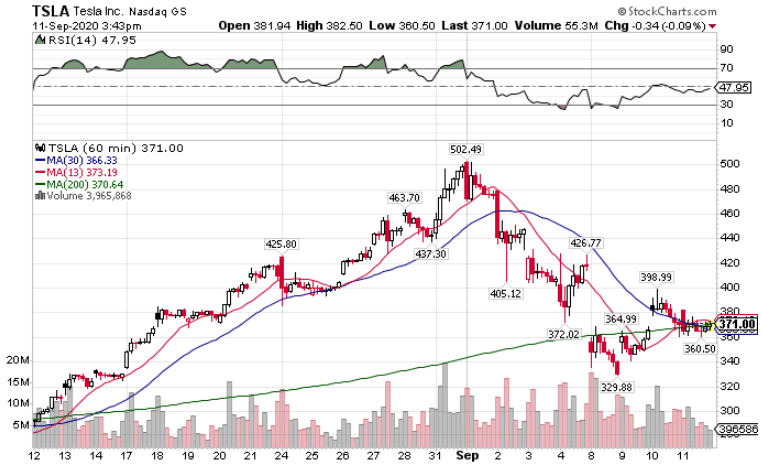 While the rest of tech was on fire, Tesla finally started to show some weakness. That gave me a defined trade setup that I could use for a bearish play.

Each week I deliver a full trading plan to my Bullseye members with my best trade idea.

Thing is – the idea itself doesn’t do much if you don’t know HOW to use it.

That’s why I lay out why I like the trade, what my setup is, which contracts I chose…everything a good trading plan needs.

See how your plans stack up to mine.

Click here to learn more about my Bullseye Trade of the Week.

Are you worried about the election’s impact on your stock portfolio? Does your neck hurt from watching the S&P 500 - get this - jump up and down more than 2% a record 43 days this year? Have you looked at the market’s frothy valuations and wondered, “Why on...

Friday’s jobs data comes out at 8:30 am EST. With hardly any earnings or data points before then, the unemployment release should drive this week’s market. But is that actually true? We’re told that economic indicators matter...but do they really? I want to start this...

Markets always correct, and those who play it right can reap enormous rewards. It’s not a question of IF but a question of WHEN. In a recent podcast interview, I explained why markets are set to drop no matter who wins. Now, I want to share how I plan to not...

Miss the Tesla trade? Here’s what you can do

Shares of Tesla ran higher right into Battery Day despite broader weakness in tech. Anyone who hopped on this train earned a shot at some serious profit potential. Now that Battery Day has passed, I’m on the hunt for hot new trades.      And no, that...

I don’t always swing for the fences… But when I do, it’s because I either like the chart pattern, catalyst, or both.   CAT Hourly Chart   Now, if it doesn’t look like much now, that’s okay.  Because I’m going to spend some time and detail why this setup has...