But that doesnt’ mean I take them for granted.

I review the winning formula so when the opportunity presents itself again, I’m ready to ounce.

Let me tell you how it all went down… 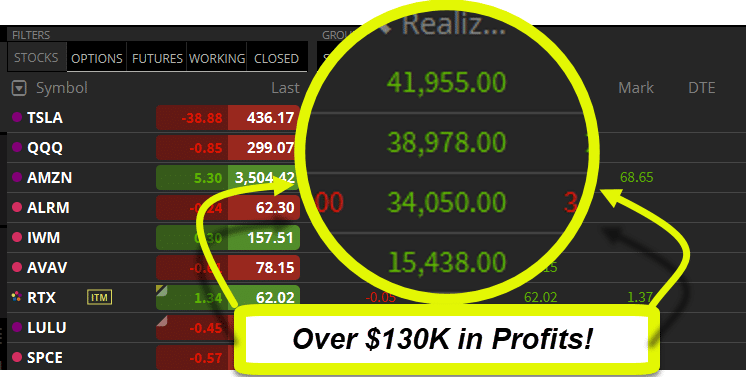 You see, I bet AGAINST the market…which is almost a sin in some circles.

But they also fail a lot in strong bull markets like this one.

Which is why I racked up plenty of losers before this monster.

Yet, I still came out on top overall.

Successful traders, the ones who last in this market know that making money is only one side of the coin.

Managing your losers means just as much!

When I speak about risk management, I’m referring to potential losses.

Whenever I enter a trade, I make sure I understand what I can potentially lose.

Why do I consider this so important?

I use a concept known as Expected Value.

Expected value tells me what I should make on average based on two components: win-rate and risk/reward.

The formula for expected value is as follows:

No, you don’t need to memorize this formula.

What I want you to take away from it is the following idea.

As you adjust your risk/reward your expected value changes proportionally.

In layman’s terms – the closer you get your entry to the stop, the better your odds of making money on average.

Now that we’ve covered this concept, let’s dig into the setup.

Tesla and the Qs

I want to start with a very simple statement.

Tuesday was the first day in a long time Tesla exhibited any weakness.

This entire concept framed the trade idea, nothing more.

I realize how simplistic this sounds, but consider what’s happened.

Take a look at the chart of Tesla over the last few months. 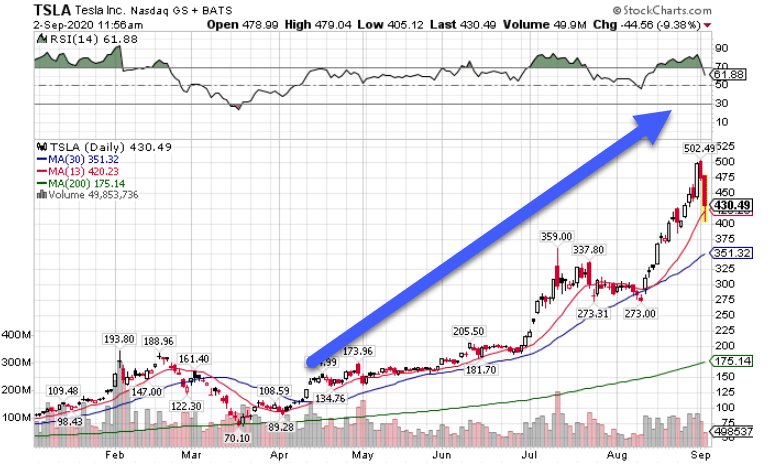 This is what is known as parabolic. These moves aren’t sustainable.

Now, they often continue a lot longer than most people expect or remain solvent.

So, what I’m looking for is some sort of signal and at least one or two confirmations that we might be due for a pullback.

Let’s dig into the Tesla chart a little more. 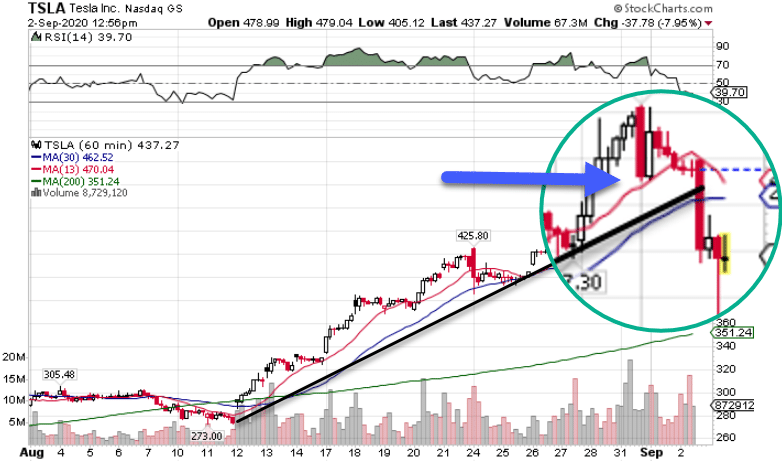 Down at the hourly chart, I wanted to highlight a few important items.

Take a look at the black trendline that connects the lows of the various swing points.

For nearly a month this trendline held. So when price finally broke, it was going to be big news.

Second, the move from the prior day was a potential reversal, no two ways about it. Tesla opened higher and close near the lows.

What I wanted to see was whether it would take out that low around $470.

Once it did that, we were off tumbling to lower prices.

At the same time, I noticed that Apple wasn’t doing so hot. 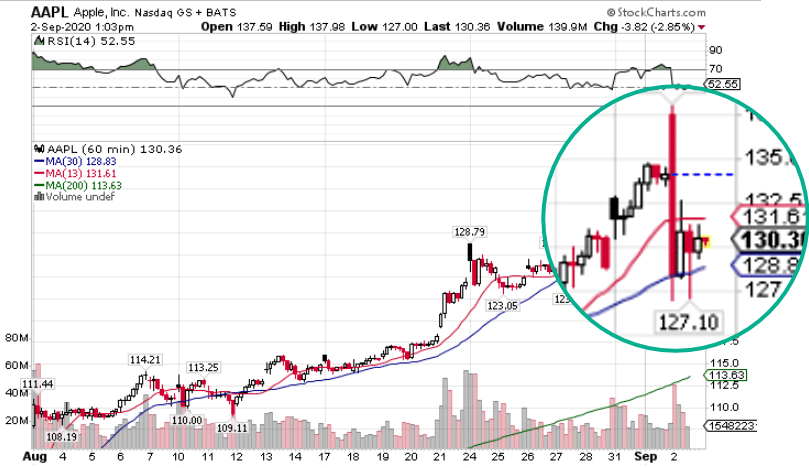 This is a flat out gap and crap. It’s bearish, but also not as tradeable.

But, while Apple fell apart, the QQQ was still up on the day. 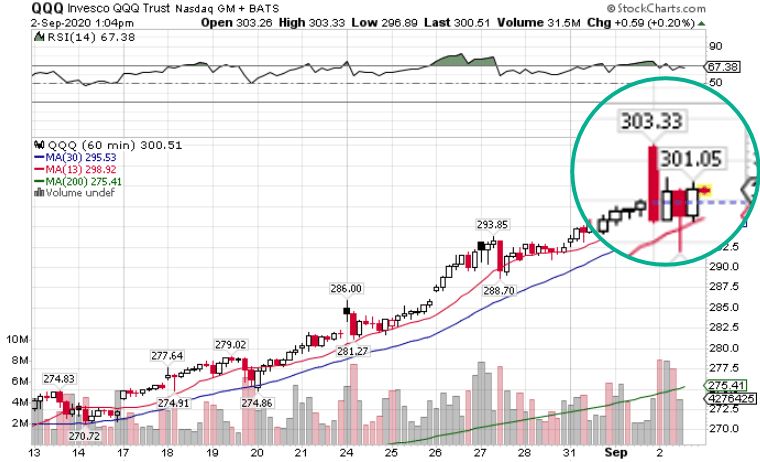 Since Tesla was already sliding, and Apple looked bearish, I suspected that the overall index would shortly follow.

I grabbed the strikes a little in-the-money with this Friday’s expiration. That cut down on the extrinsic value of the options – the portion susceptible to time decay.

Taking a look athe Amazon chart, you can see a similar setup to QQQ. 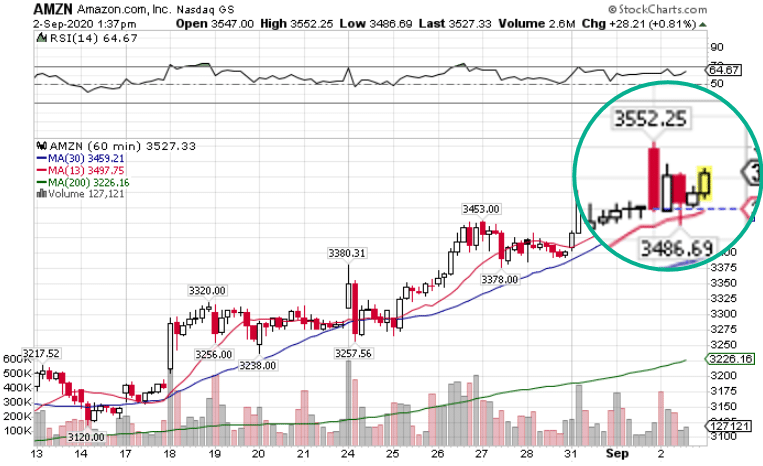 With any of these trades, I had clear stop levels I could use. – the most recent high.

For my targets, I looked through a pierce of the lower moving average on the hourly chart.

A great way to view these trades is through stock lifecycles.

I discuss this in my upcoming Total Alpha Options Masterclass.

Not only do you learn about the lifecycles, but I explain how I select the best options contract, allocate my portfolio, and more.

Click here to register for my Total Alpha Options masterclass.