The Strategy For Trading Stock Ranges

Please forgive me, but today I’m going to be talking to you about some advanced options techniques.

Now, you don’t have to know this necessarily to trade options well.

However, I come from the school of thought, the more strategies in your toolbox the better you’ll be.

That said, I’ll be talking to you about a strategy called the “iron condor.”

It allows you to play for ranges in stocks.

For example, let’s say you thought Netflix (NFLX) will be trading between 470 and 510 over the next few weeks.

An iron condor is one way to execute that idea… 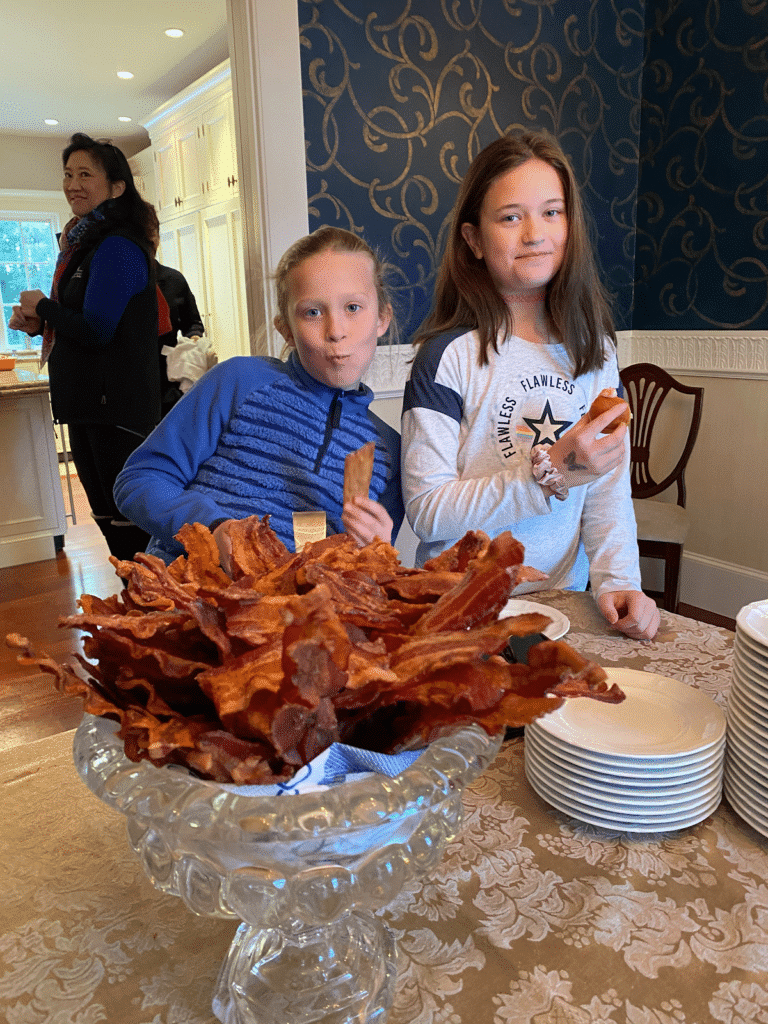 And in case you’re wondering…

…these are the same strategies I teach my Total Alpha members.

What is an iron condor

For me, it helps to visualize them as a put and call credit spread as one trade.

Constructing this trade, you would do the following:

Note: All the options should have the same expiration.

This entire transaction will pay a credit. The maximum loss is the distance between the strike prices of either side of the trade less the credit you receive up front. 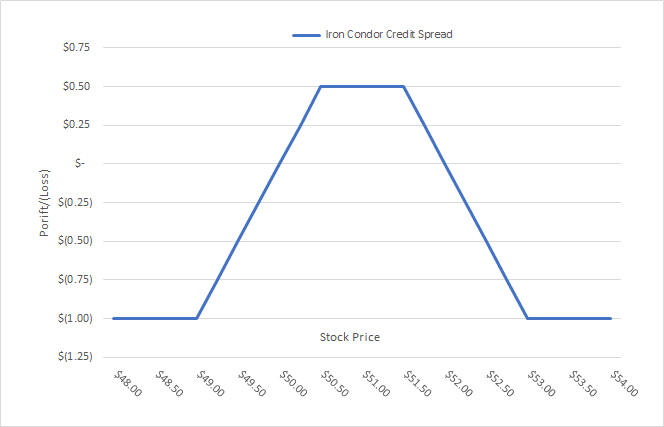 An iron condor makes the most money when the stock stays between the inner strikes at expiration. That causes all the contracts to expire worthless.

In this graph’s example, the trade is:

You can see that the breakeven points are somewhere between the strikes on either side.

Now, let’s look at how to defend this trade if the stock decides to blow through one side or the other.

One way to reduce the potential losses of the trade while still leaving the maximum profit potential open is the iron butterfly.

Wow, that’s a mouthful. Maybe a picture and example will make it easier to understand.

Let’s take the trade example above.

What we can do in this case is roll up the put strikes to create a graph that looks like this: 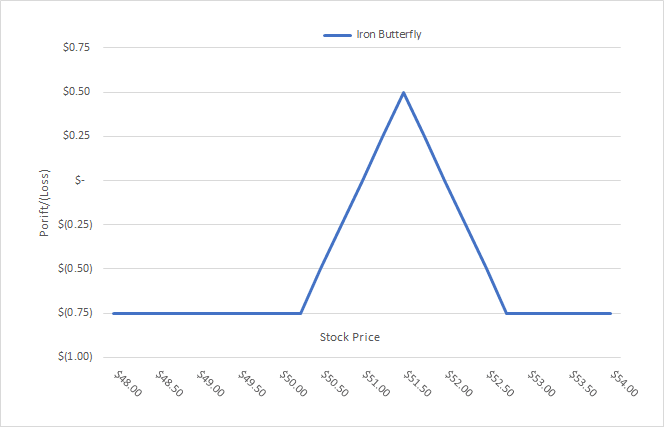 Unfortunately, to get maximum profit, the stock has to close exactly at $51.50, which is darn near impossible.

That’s why this is typically used for a defensive technique to reduce maximum loss.

Here’s how I would accomplish this:

You can do the same thing but with calls if the put side of the trade has been breached.

It’s also worth noting that you don’t have to create an iron butterfly. If you want to give yourself a little more breathing room for potential profit, you can always move up/down the spread short of the inner strike.

That tightens up your iron condor and still gives you a credit, just a smaller one.

Start your education on the right foot

All of this starts with a foundation in understanding the markets and trading techniques. One way to get a leg up is with my Profit Bridge.

With a copy of my Traders Black Book AND Smarter Trader included, you’ll be well on your way to seeing the markets in a whole new light.