Let’s give a shout out to the QQQs!

In case the stock market didn’t make enough sense to you at the moment, the QQQ Nasdaq 100 ETF managed to break through the all-time highs it set back in February this past week. 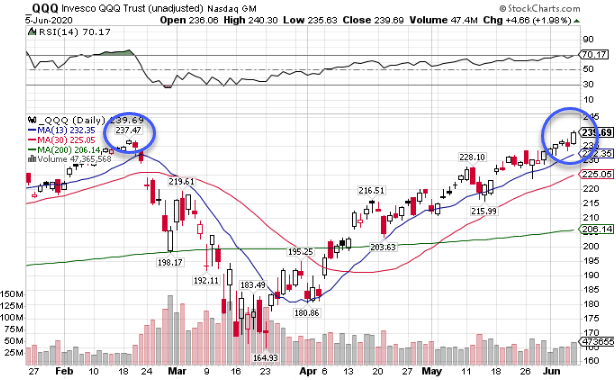 Let this simmer in your melon for a moment.

But hey, that justifies one of the major market indexes making new records right?

From my point of view, this is so obvious it’s scary…

Which is why I’m gearing up to start playing some High Octane Options, and you can too.

So what do I see that puts me at odds with everyone else?

For starters, the Fed took a giant step back from the markets.

That caused mortgage rates to spike overnight, potentially choking off one of the few economic bright spots.

On top of that, the cost of issuing new debt skyrocketed, putting the Fed in the worst possible position for their rate decision on Wednesday

And that’s just the beginning of the story…

Everyone was so focused on the 1,000 point rip in the Dow Friday that they didn’t bother to take a step back and look at the market closely.

If they did, they would have seen several of the recent high flyers coming back down to Earth. 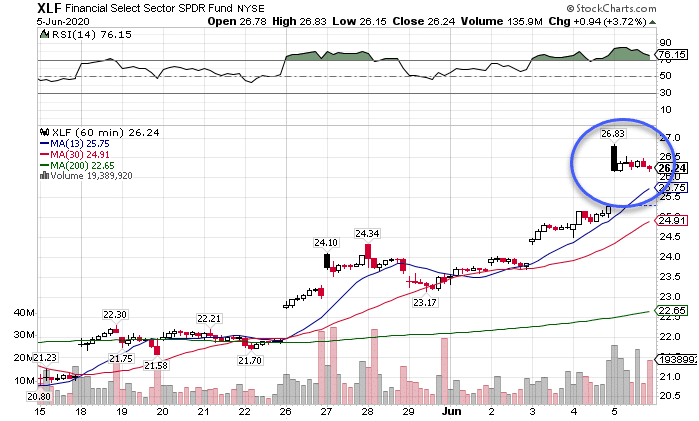 I don’t know about you, but when a stock comes up just short of the 200-day moving average and fades the rest of the day, that doesn’t scream ‘all aboard the magic bus’.

Guess who else finished near the lows of the day? The S&P retail sector ETF (XRT). 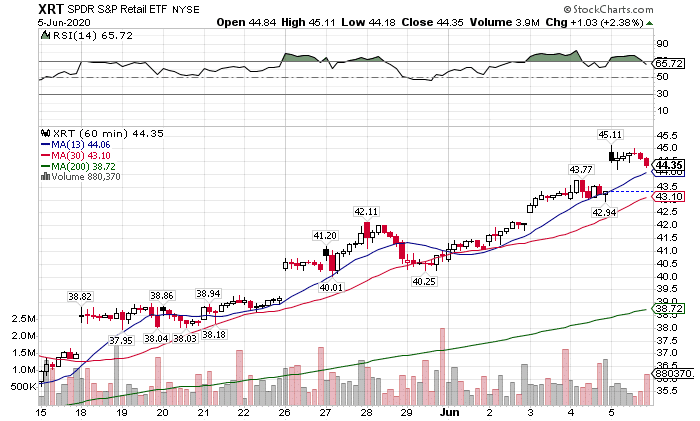 If this rally was real, then why were the two most beaten-down sectors unable to do better than close near the lows of the day?

Maybe it’s because the rally is a sham built on Fed cocaine that’s coming off its buzz.

But don’t take my word for it.

Check out how bond traders viewed this action.

Companies from AAA rated to ones who should have perished under the weight of their poor decisions didn’t just stave off destruction, they flourished. 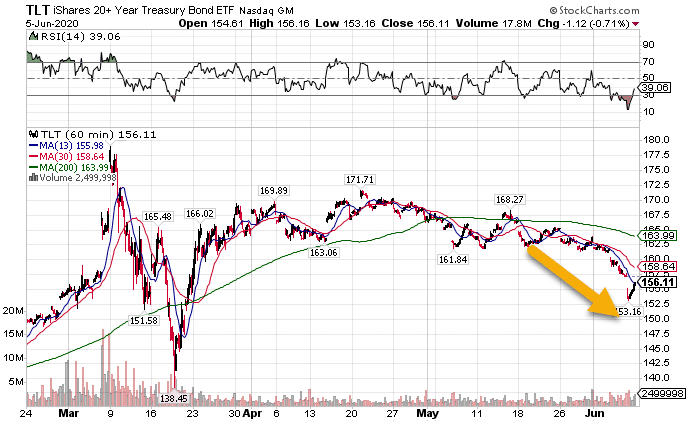 While average Americans suffered with unemployment that neared 20%, investors like Carl Icahn used the cheap debt to exit his position in Herbalife (HLF). The company issued $600 million in junk bonds, allowing it to buy back stock.

To be fair to Carl, he took a bath on Hertz (HTZ) and is only doing what the free markets incentivize him to.

Since the Fed cut back it’s bond-buying, they’re looking at additional options such as capping yields on treasuries, something they haven’t done since the 1950s….which should tell you something.

If that doesn’t stabilize the drop in bond prices, the Fed’s going to be in a sour pickle.

The current crisis isn’t caused just by a lack of demand that isn’t being incentivized but capped by fear of the pandemic.

Effectively – the Fed may not have the power to stop the next downturn.

Yes, it continues to stand its ground. And no, it won’t back down.

Despite stocks rising against a putrid backdrop, gold continues to hold its own, even as it’s considered a ‘safety’ trade. 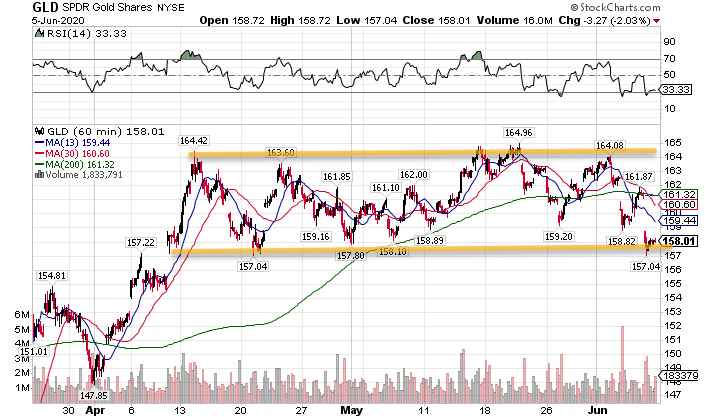 Although gold fell to some of its lowest levels in months, it managed to hold the lower end of the trading range. Until it breaks through that area, this market remains bullish.

In fact, I used this pullback to sell some put credit spreads in the GDX to bolster my position.

Since oil crossed the $0 Rubicon in April, black gold has been on a steady rise from curtailed supply and increasing demand. 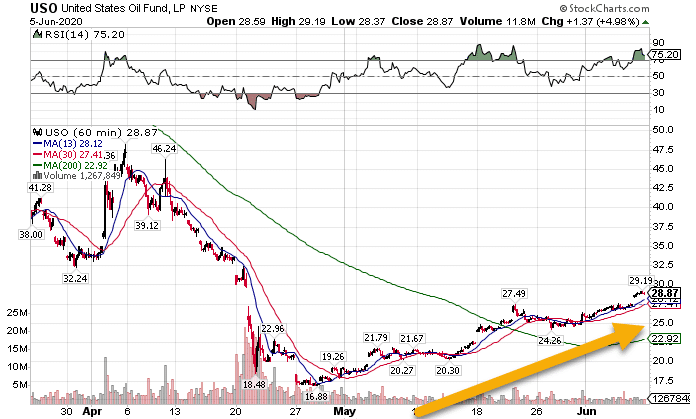 However, time may not be on its side much longer.

Prices are creeping up to the levels the dropped to back when Saudi Arabia and Russia refused to cut supply in March.

Despite an improving outlook, traders aren’t likely to let oil prices push through there without some time to reset.

So what’s a trader to do?