I know firsthand how market-changing catalysts can lead to oversized gains in just a matter of days.

That’s why I wanted to dig into my recent Avis Car Rental (CAR) trade that netted me over $23,000 in just a few days. 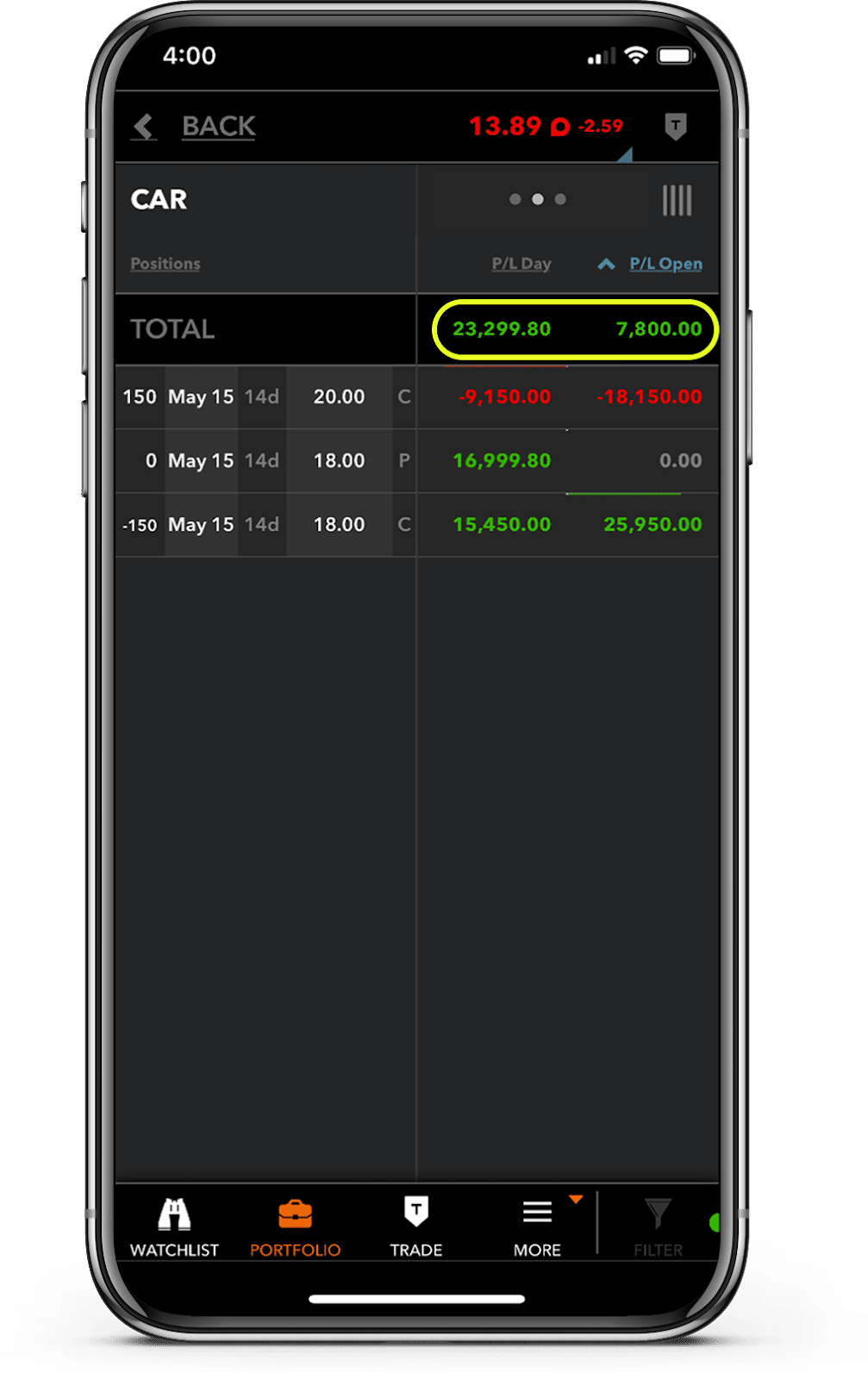 Of course, everyone wants to swing for the fences all the time…

But it’s a good way to blow out your account…

I don’t want you to go through that same type of pain I did.

That’s why I put together this case study…

It highlights two of the most important factors which cause a stock to explode.

Sifting through the noise

Between the free and paid content out there, you can live in a world filled with chryons and blogs. Heck, my kids spend hours on their phones as it is!

Before running down a rabbit hole, any news story has to pass the usefulness test. It needs to provide me an edge on one of the following in order to make money.

Lastly, I need to make sure the information is actionable. While global warming is a hot topic, it doesn’t have the immediacy that bankruptcy does.

Once I traced the effects of that news, I began scanning for chart setups that are “ripe” for a news catalyst.

When I read the news that Hertz (HTZ) would soon file for bankruptcy, I thought about who might be affected:

Then I have to ask the obvious question – why were they going bankrupt? In this case, demand fell through the floor, and it doesn’t look like that’s changing anytime soon.

More importantly, they couldn’t get enough cash to continue operations. Yes, they have a lot of cars, but they can’t liquidate them that quickly.

Given that, I see two main areas impacted: suppliers and competitors.

Suppliers aren’t likely to feel the marginal impact of Hertz going out of business. Car companies like Ford, GM have much bigger problems at the moment. Plus, rental car companies aren’t a huge portion of their customer base (though they are significant).

On the other hand, competitors seemed promising. If Hertz can’t function in this environment, chances are others would be in danger too. That leaves potential for some to be overvalued by the market.

Once I had that idea in hand, I went through the list and narrowed it down to Avis Budget Group (CAR).

I took one look at the chart, and it just screamed “YES”.

CAR had already bounced off a new low and was now spending more and more time in the overbought levels of the RSI.

Additionally, the weakening of the momentum appeared as the trade began to dip to the 13-period moving average on the hourly chart.

Combine all that with a huge spike in volume early on April 29th, and the indicators were clear to me; CAR was likely going to take a hard pullback. 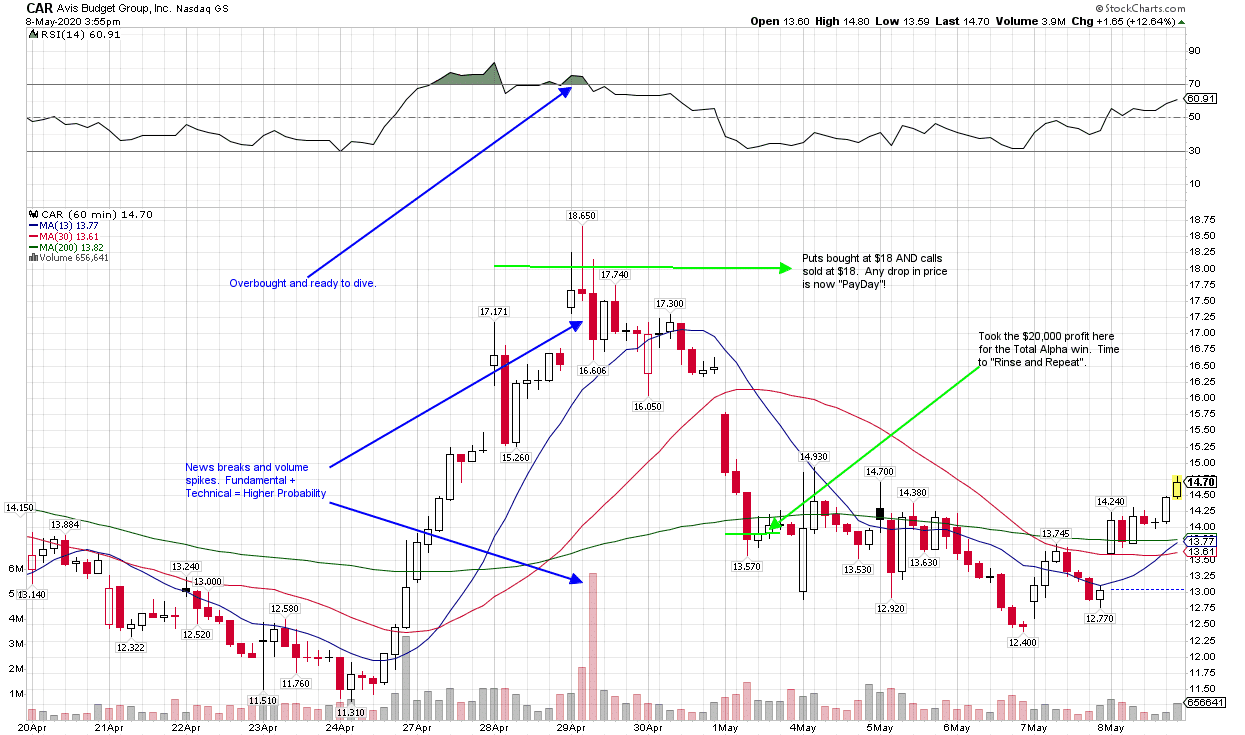 Buy puts in-the-money and sell a call spread to cash in on the premium as well.  Like a “one-two” punch in the bulls-eye (get it?)

First, I bought the puts at the $18 strike.  With the candles already beginning to shrink through the morning, there seemed little chance of a push above that mark any time soon.

Next, I sold the calls at the $18 strike while setting up the spread by buying the $20 calls, both at a 2-week expiration; plenty of time to cash in.  This defined risk of only a $2 split on the spread gave me the safety I was looking for in collecting the premium as a bonus.

Of course, all of my Total Alpha Premium Members watched this trade from conception to sale.  Following along is super-simple when you’re literally the “play-by-play” as it happens in real-time.

I sure hope this helps you better understand the why and the how of the Total Alpha strategy.

Check out all the Total Alpha has to offer Right Here.

Perhaps you’ll be joining me on the next payday!