How the Fed’s actions could cripple the economy

But that’s exactly what the Federal Reserve did nearly a month ago.

We all read about the Fed dropping $4 trillion to lubricate the lending markets in March.

However, did you know they “facilitated” another $2.3 trillion this month?

Today I’m going to break down what the Fed’s Jerome Powell said yesterday, and what it means for the markets, everyday Americans, and how we can potentially profit off it.

What the Fed did in a nutshell

The Fed is often called the ‘lender of last resort.’ We thrust this term on them as they took on more responsibility over the years.

During the Financial crisis, the Fed stepped in to grease the wheels of the banking system. It’s something many of us never pay attention to but it is critical for our economy to function properly.

You see, banks constantly transact with one another day and night. They move money around to where it’s needed, lending or borrowing between one another. When this slows down or stops, it creates default risk.

The majority of our financial system relies on leverage to cover their activities. In the same way that we borrow money to buy a house using a down payment, banks conduct business with less than what’s actually needed to back the transaction.

Problems arise when they can’t cover their regular obligations. While this happens from time to time at an individual bank level, wide-spread failures create a cascading effect.

In order to avoid this problem, the Fed will step in to provide money when and where it’s needed. We saw this several months ago when overnight lending froze, sending rates sky-high. 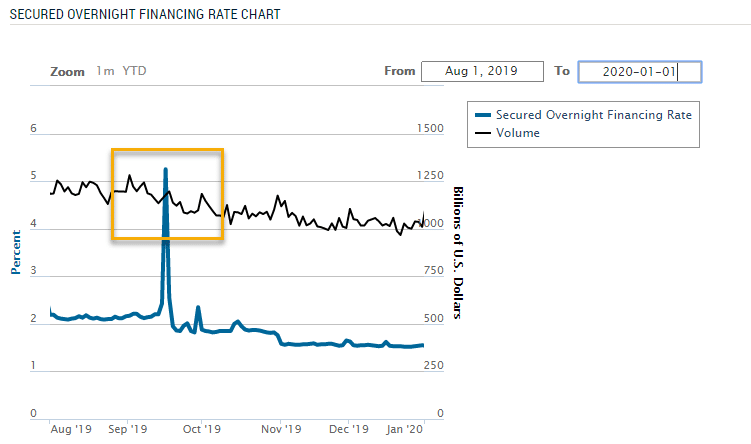 We break down the Fed’s activities into four major areas:

So now that we’ve got a basic understanding of what the Fed is doing, we can move on to the potential hazards they and other banks created.

Basic economics and common sense state that when you can’t cover your costs, your business goes under. It’s as simple as that.

Many of the actions the Fed and other banks took created cheap debt where the cost to borrow was extremely low.

Cheap debt creates a two-fold problem. First, it allows companies to borrow to keep themselves alive even when they’re losing money. That’s fine if they turn things around. Yet, many fail to.

Second, it creates a liability on the banks that they didn’t get loaned out at a high enough rate. When the Fed drops rates, it leads to bank loans getting cheaper. That is fine as long as rates remain low. Historically, rates tend to mean-revert, in this case going higher.

So, when companies who borrowed at cheap rates go to roll over their loans, they get hit with higher interest rates. They can’t make the payments, and things fall apart from there.

To give you an idea of how skewed rates might be, take a look at the Fed’s balance sheet below: 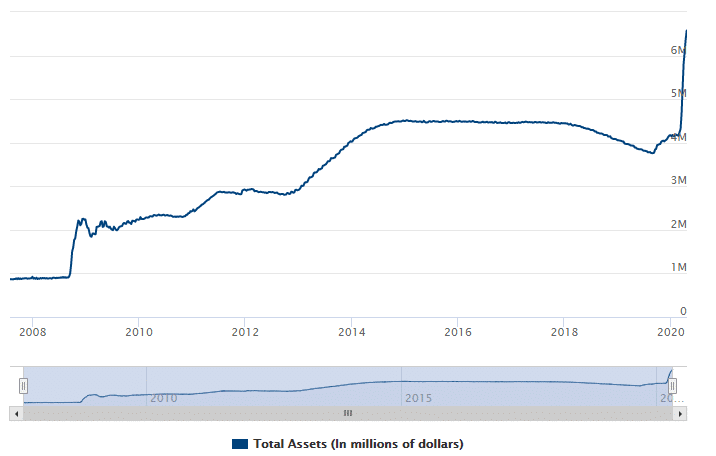 For all intents and purposes, they’re the ones buying our government’s debt…which recently skyrocketed thanks to the stimulus.

So what happens when they step back, or better yet, other buyers do? That causes the interest rate spike and calamity I noted above.

If you don’t believe me, look no further than Japan’s SoftBank who invested heavily in WeWork only to get shredded by their horrible decision. But hey, it’s fine when you have access to cheap debt!

Why this creates a bubble

As I mentioned before, the Fed’s actions create cheap debt that funds many businesses and more that have no business existing. They remove the ‘moral hazard’ of taking on risk and allowing free markets to price it appropriately.

That’s fine as long as the party keeps going. But, as well saw at the end of 2018, when the Fed even hints at returning things to normal, the market throws a tantrum. 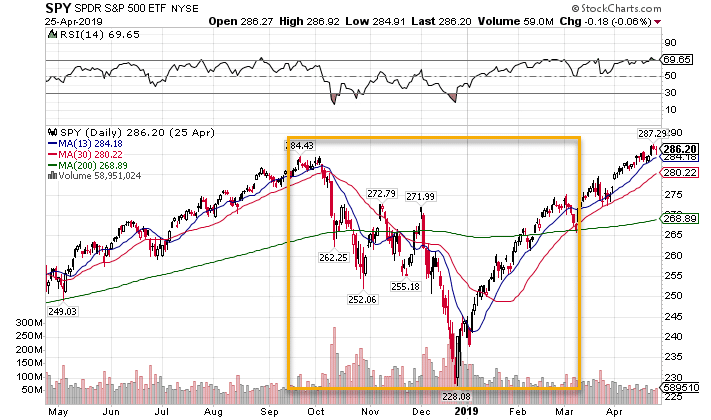 There’s a more dangerous possibility out there that we haven’t worried about so far. Yet, it’s entirely probable and could be even worse.

Many people don’t know this, but the Swiss central bank actually owns equities – many you probably have in your 401K. The U.S. central bank does not. In fact, its quantitative easing program was revolutionary at the time.

Well, there’s been discussions about the Fed delving into corporate bond purchases and even junk debt. That would effectively cut the cost for garbage companies to stay afloat.

Most market participants can stomach them buying treasuries and at least not revolt with Mortgage-Backed-Securities. However, conducting operations directly in the corporate debt market is a whole other ballgame.

So far, it’s remained speculation. But if the economy erodes further, that could all change.

Managing through the mess

As traders, investors and consumers, we sort of get the shaft in many respects. We’re left to fend for ourselves since we’re not a multi-billion dollar company.

However, there’s plenty we can do to turn the odds in our favor.

First, as debt gets cheap, its always worth refinancing homes, cars, and other loans to cut our personal costs. A dollar saved is a dollar earned.

Second, understand that this makes dividend stocks more valuable. When investors can’t get much yield on debt, they’ll start to look towards high yielding stocks like utilities and telecommunications companies.

Lastly, it inherently drives volatility into the markets. As we’ve seen with the Corononavirus, black swan events always wait around the bend. It just takes one to trigger a cascading failure through our financial system.

That’s why learning how to trade the right way and manage risk is critical to your success.

One way to stay on top of your game is with my free Options Masterclass. It’s a great way to understand how the markets really work and learn the best ways to capitalize on opportunities.

Click here to learn more about my free Options Masterclass.