That’s the number of people who filed for jobless claims last week, shattering the prior week’s 3.3 million record.

Our jump on the week starts and ends with one word – jobs.

I’m going to shoot straight with you. You’ll see headlines numbers on television that will shock the general public.

After today’s briefing you’ll know what to expect.

And when others panic, I expect you to be feasting…

Because believe me, there are PLENTY of opportunities out there!

Allow me to show you what I see…

With a US population of 390 million people, a staggering 2.5% of citizens filed for unemployment insurance in two weeks, and that probably still doesn’t capture the total.

We’ll likely run right by 15 million jobs lost during the entirety of the Great Recession in a matter of weeks.

Chances are we’ll see unemployment around 10% or higher by April.

One of the Fed governors predicted over 30% unemployment when all is said and done.

These are real possibilities, but they’re transitory. It shouldn’t surprise anyone that a third of our workforce is furloughed or unemployed.

The most common scenario at the moment is a furlough.

That allows folks to collect unemployment while returning to their jobs if and when things open back up.

Realistically, you’ll see a lot of those folks go right back to being employed once the economy reopens.

Just over 11% of jobs in the U.S. work in leisure and hospitality. It’s extremely unlikely all of those jobs simply vanish.

There’s expected to be a backlog of orders across various industries and pent up demand from people stuck at home.

Certainly, things won’t go back to the way they were. We’ll see vast changes in employment across the world.

But to expect we’ll sit at some extraordinary unemployment rate of 30% or more is ludicrous.

That just won’t happen so get that out of your head.

These big numbers will make headlines, but they won’t help us navigate the markets.

What we need to know is when and where to expect the inflection points in stocks.

No one has any idea what the numbers will be week to week for now.

What we do know is that the market will move off these numbers.

You can already see that in this past week with the Thursday claims precipitating the rally that ensued shortly thereafter. 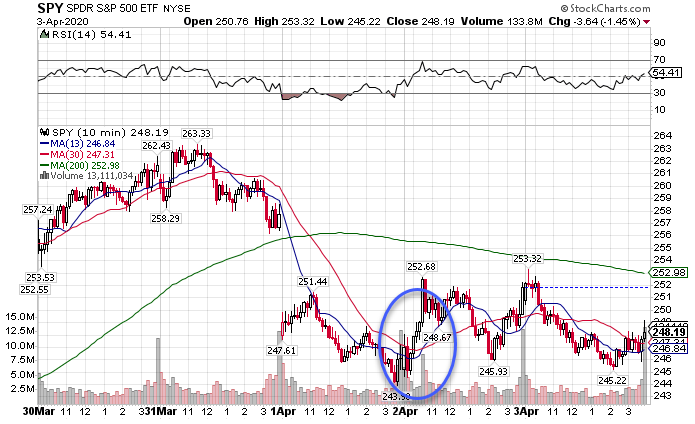 Why on Earth would a 6.6 million headline number cause a market rally? It could be a buy the rumor, sell the news event or something else.

I can’t tell you for certain.

What I do know is that these will be the data points that spark market movements every week as they were during the Great Recession.

That’s why you need to keep track of volatility through the VIX coming into those data releases each week.

So what am I watching for?

First, signs of treatments or vaccines.

It’s what led me to my Bullseye Trade in Gilead last week that netted me a cool $11,600 in profits last week.

And you can get this week’s trade for just $7! 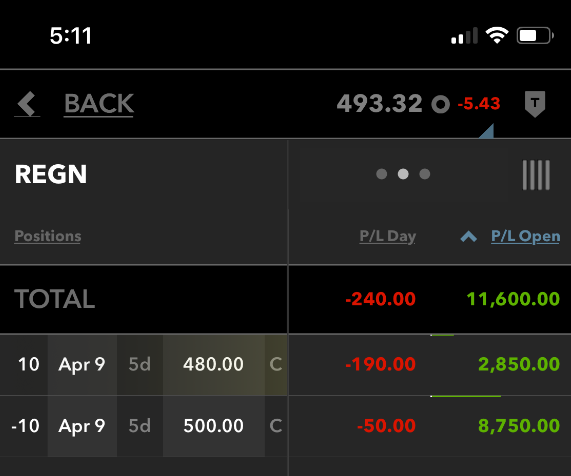 There’s a handful of biotech companies working this area to keep an eye on.

I’m also watching how the stay at home plays continue to trade. Amazon’s been a heck of a great story along with Netflix, Zoom Media, and Teledoc.

I recently broke down my Costco trade in a recap video

No, I didn’t show the ridiculous lines that I sat in just to buy toilet paper!

When you’re looking for stocks this week, think about the companies who are still humming along throughout the lockdown.

I’ll let you in on a little secret as well. At some point all these companies will get super cheap.

When that happens, I plan to pick up some of the biggest names out there before the funds start loading up.

Stocks I want to bet against…

Stocks I want to buy…