I love it when other traders leave early on Friday. The less competition, the better…that leaves more for me! They don’t know what they’re missing.

My highest profit trades often come when no one is looking—and last Friday was no exception.

Despite the anemic trading volume and the slow grind we were experiencing—my money pattern pointed me to an interesting opportunity in Biogen Inc (BIIB).

A setup that doesn’t come across too often… but one I pounce on whenever I see it. 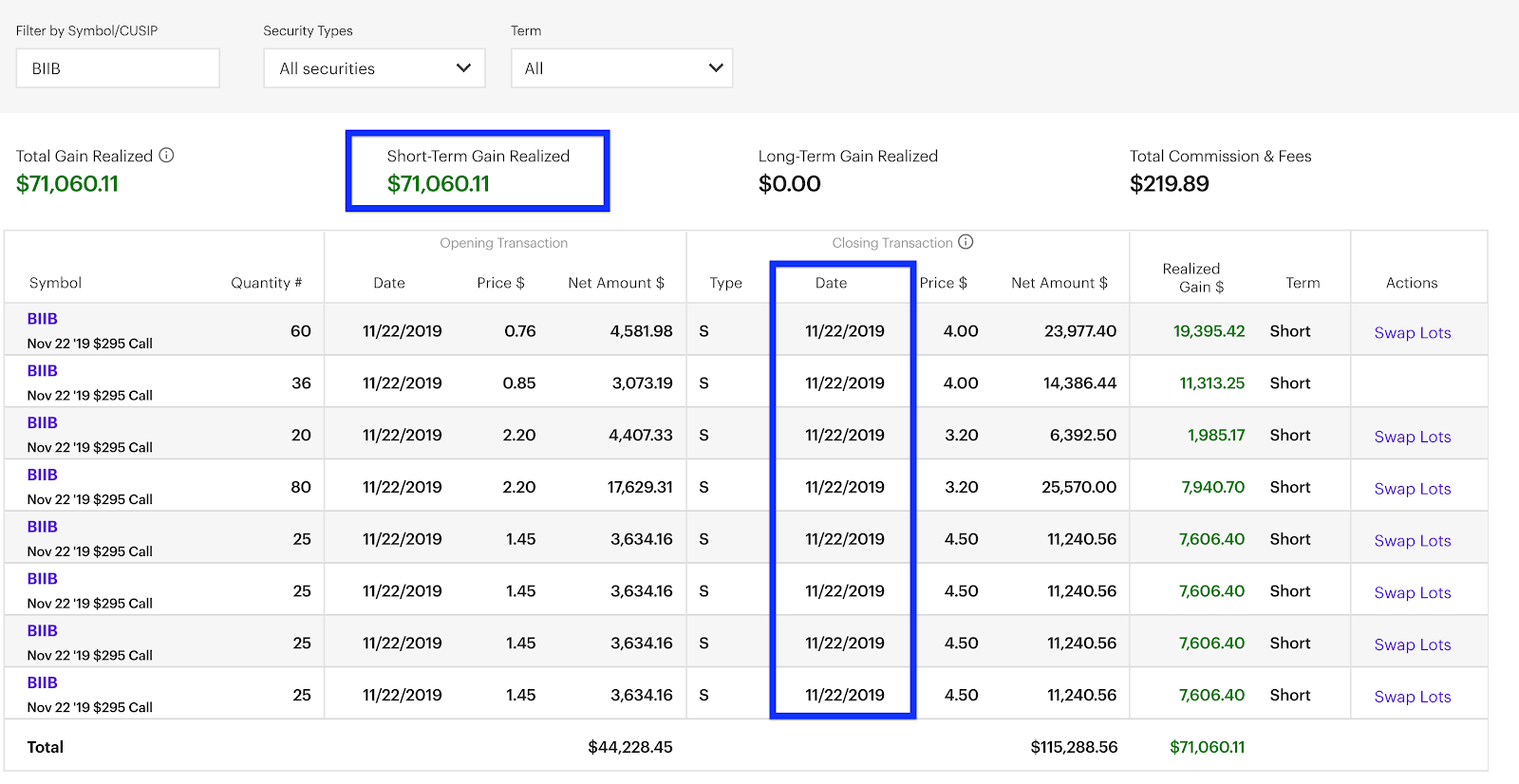 Total Alpha members got to trade alongside me in real-time!

I walked away with enough fun coupons to pay for a party bus and get tickets to the Cowboys vs Pat’s game for my friends and family. 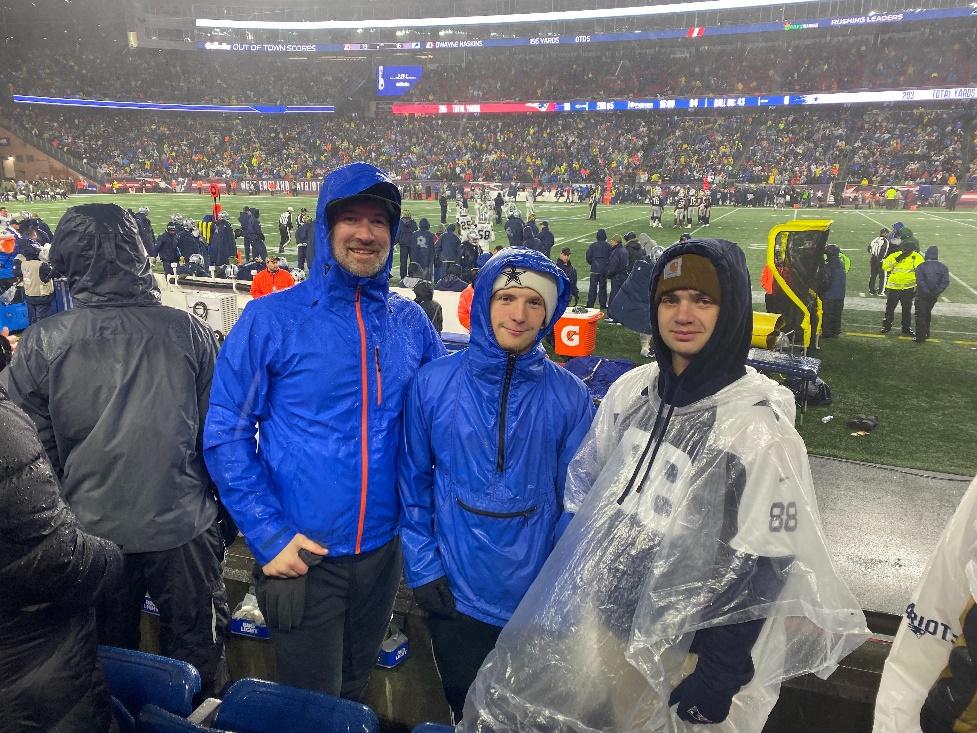 Total Alpha trades can buy 50-yard line seats, but they can’t buy the Cowboys a win!

These trades happen all the time…most people just don’t know how to take advantage.

And while it takes discipline, patience, and practice to make them work. They become a lot easier to pull off—once you know what to look for.

But I’m here to tell you that anyone can flip trades like these. Let me walk you through how I analyzed and executed this trade and how you can harvest profits.

Friday’s trade came off atypical volume for Biogen (BIIB). While the rest of the market went to sleep for the remainder of the day, Biogen saw colossal interest in trading midday.

Shares rallied over 2% in a matter of minutes. That’s pretty unusual given the light volume and size of this stock. 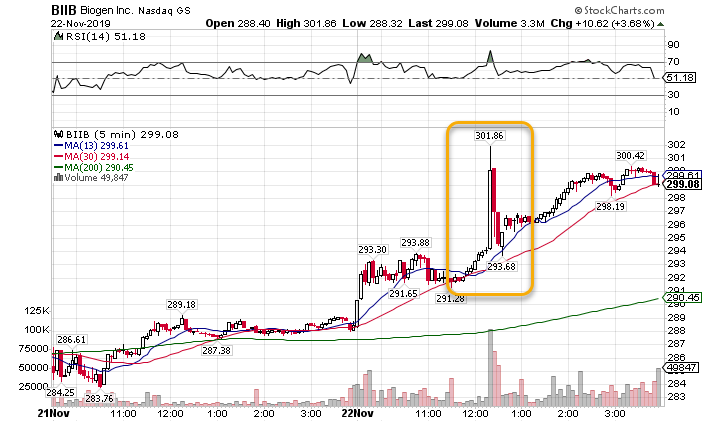 Check out how shares jumped up on a tremendous amount of volume. There are some notable pieces here.

I expected price to come off its high and retrace part of the move – then float higher into the end of the day. Ideally, that sucks out a lot of potential orders, leaving those that would mainly shove it higher.

So now that you’ve got the basic outline of the trade, let’s talk about how I set it up.

Scaling made this possible

I’ve said it before, and they’ll write it on my gravestone – risk management is the key to success!

If the numbers dazzle you think of it this way – I had a total risk to reward of 1 to 2.84. That’s a pretty standard trade. You don’t have to put big money into a trade like this. However, with multiple factors working in my favor, I felt that it had an extremely high probability of success.

Note, I didn’t plan to lose much more than the $25K drawdown in this case.

First, it’s important to note that I never want to do worse than a 1 to 1 risk to reward. Anything worse doesn’t mesh with my trading style and strategies. Scaling the trade lets me improve those odds.

However, you don’t always want to stop out at the low point. Oftentimes (as happened here), the stock will pierce through the low before resuming its trend. So, I prefer to use one or two closes below the low on whatever time frame I’m trading.

In this case, you can see how I scaled both into and out of the trade:

Scaling works because none of us know precisely where the stock will stop on the upside or downside. Instead, we assume we’ll get it wrong and adjust our trading accordingly.

Stuff your pockets with cash

It doesn’t matter whether you’re a new trader or have years of experience. Total Alpha will help you become a better trader and find big scores like these.