Your Jump on the Week

Believe it or not, some of the best trading happens during slow periods when everyone expects trading volumes and market volatility to be on the low end. 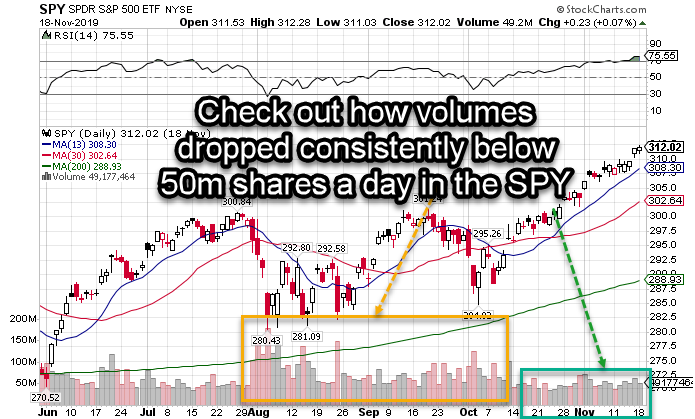 And while I’ll be thinking about family, Thanksgiving, and football this week—don’t think for a second, I won’t jump in and throw some trades down if I see my Money Pattern floating around.

$16,000 in trading profits is pocket change for me. Not a member of Total Alpha, then click here to subscribe.

Preparation is key, and I’ve got you covered, as I rundown, the top market-moving catalysts (economic and corporate), as well as, my watchlist (plays that I might enter).

Several decades ago, the big news came on the Sunday morning talk shows. Major government officials would announce policy and other market-moving events.

With the 24-hour news network and an inflated sense of self-worth, we’re constantly bombarded by every political machination.

At some point traders gave up and began ignoring commentary. Now they focus on actual events.

Trump’s threats of tariffs seem to make no difference to the market. Money refuses to take the bait, instead waiting until actions happen. No one knows the outcome. But, history tends to favor politicians not hurting their standing before elections.

That doesn’t mean we won’t see a lot of posturing before then. It just means no one is investing until they get actual resolution.

In the same vein that’s why impeachment hasn’t jolted the markets. Even if it passes the house, no one believes Trump will be convicted by the Senate. That leaves all of 2020 as a giant question mark.

Across the pond you see the exact same thing. It became painfully obvious when a crowd gathered for a debate with Boris Johnson and Jeremy Corbyn laughed them both off stage.

The best bet here is to ignore the headlines entirely. They can derail stocks intraday. But until markets change their trend, they’re nothing more than a bump in the road.

This could just be a midpoint

While bulls would have you believe the economy is turning, not everything looks rosy. The Fed recently published forecasts for 2020 that suggested the U.S. economy would only grow at 1.8%.

Everyone also says we’re out of the woods since the yield curve steepened. But exactly how does this chart make you feel any better?

The real problem happens once rates starts to normalize. Debt levels in the U.S. and around the world are unsustainable. Current public debt exceeds 100% of GDP and continues to remain elevated.

What scares me most is the amount of corporate debt taken on. If and when rates go up, or really bonds take a dive driving up borrowing costs, plenty of this debt resets to higher rates. Zombie companies (ones that remain unprofitable but are propped up by cheap money) could cause a wave of defaults. 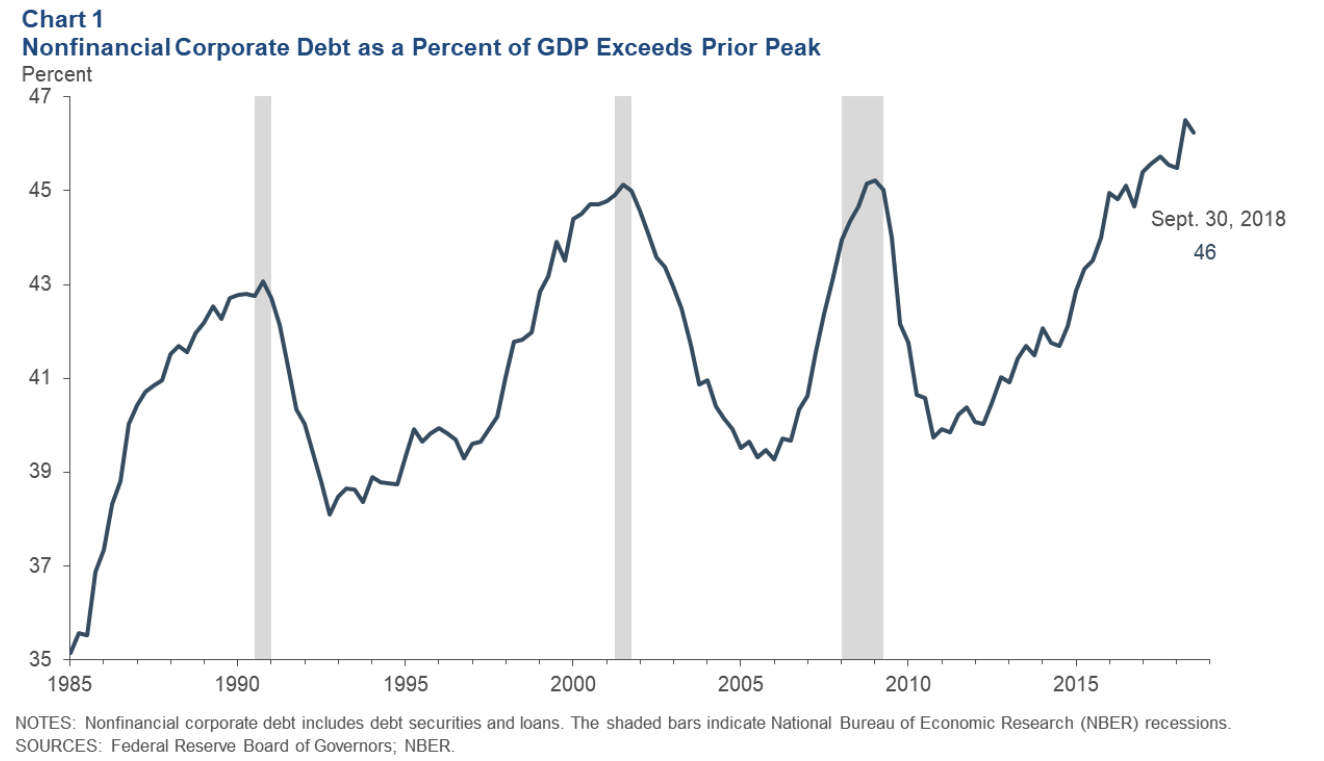 We’re nowhere out of the woods. Unless we’ve rewritten hundreds of years in economic theory (which technology has in some areas), then our path remains unsustainable.

However, the day of reckoning remains far away until another economic behemoth stands out in the world with better prospects than the U.S.

Until then, there’s plenty of trading…you just need to know how to capitalize.

So why not get yourself an early Thanksgiving treat with Total Alpha?