In some ways, I feel bad.

Not everyone reads this newsletter or heeds its words.

They laughed at my pronouncement the market would shoot higher off the Fed.

And I let them…

… it made their soul-crushing defeat taste all that more delicious.

Yes, many traders stood aghast as the market closed Friday at all-time highs.

How could it possibly ignore all ominous signs?

Guess what – taking the best trade in the world at the wrong time is another form of losing.

You want to make money in this market?

Accept the importance of timing… submit to its sultry allure.

I created my ‘money pattern’ to signal trend changes… not sell free eBooks.

Think timing the market is impossible?

Then how do you explain this:

The market works like a siren of the seas… it lures in the unsuspecting and then eviscerates their wills.

No one wants to be the last sucker to buy at the high. So, we wait until the sweat beads on our foreheads.

We click the mouse… buying in near the highs. Heaven forbid we miss out.

It feels so good… for about a day.

Then the market yanks the floor out, chewing up the last bits of your soul.

Others continuously claim the top, shorting at the ‘highs’… only to be stretched beyond their stops.

They throw up their hands in exasperation and cover their positions.

It’s, of course, the very instant they wake up to find the market gapping down 1,000 points.

We have the SPY and QQQ all-time highs. 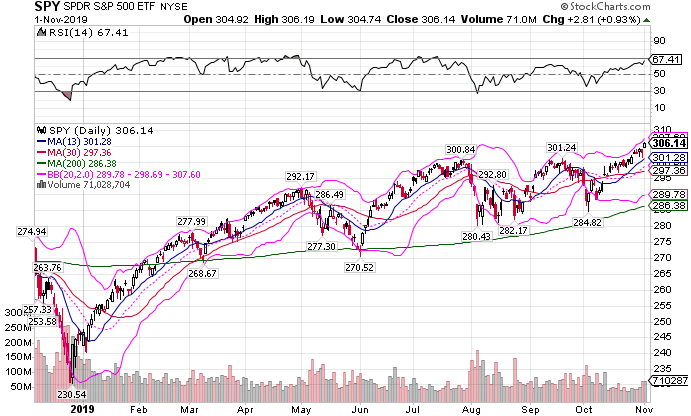 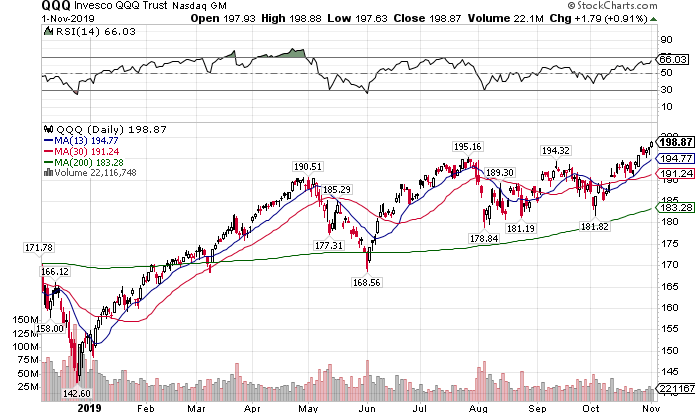 It’s only once the market fully breaks the spirits of men that it changes direction.

And so far, I haven’t seen enough pain… the pure anguish and disbelief of price rising on fumes.

One interesting point – financials near their all-time highs. 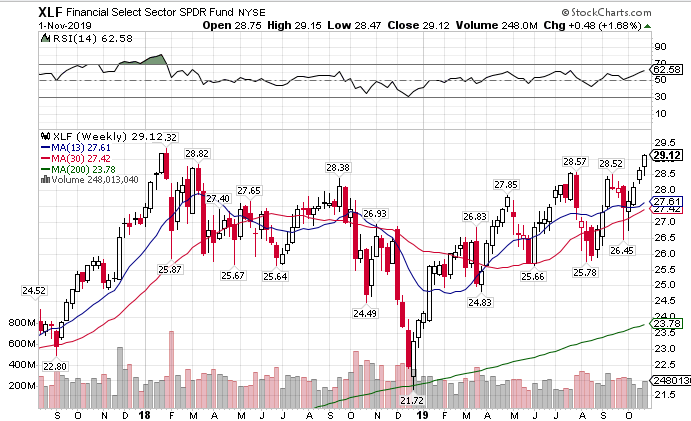 So does their rally mean they take the Fed at their word when they say they’re ‘done?’

Betting against central banks for the last 10 years was equivalent to handing a stranger $20 to punch you in the face.

Even at record highs, U.S. bonds offer incredible yields compared to the rest of the world. 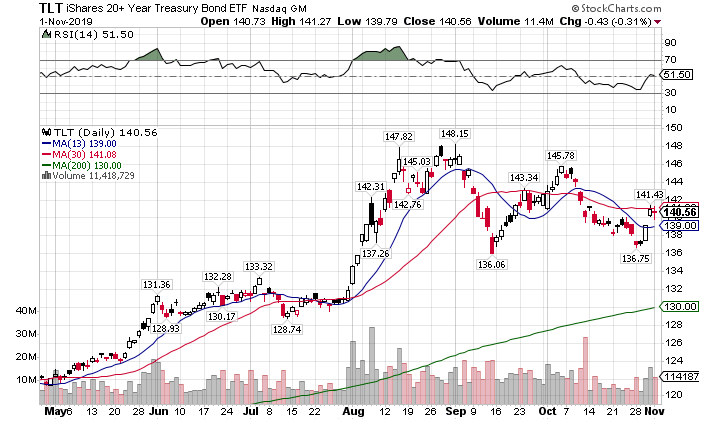 I want to get paid… well anything, as opposed to paying money to own someone’s debt – that’s what investors are saying.

Think about that for a moment.

However, bonds could easily take a trip down to their 200-day moving average. That would give stocks enough time to melt some faces, while still keeping the bond uptrend intact. 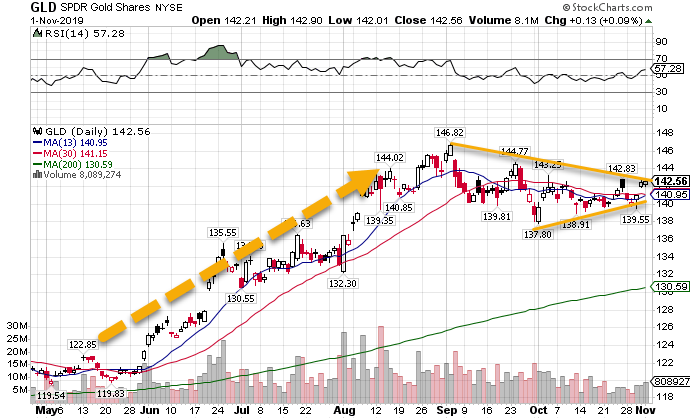 Even palladium wants to party. 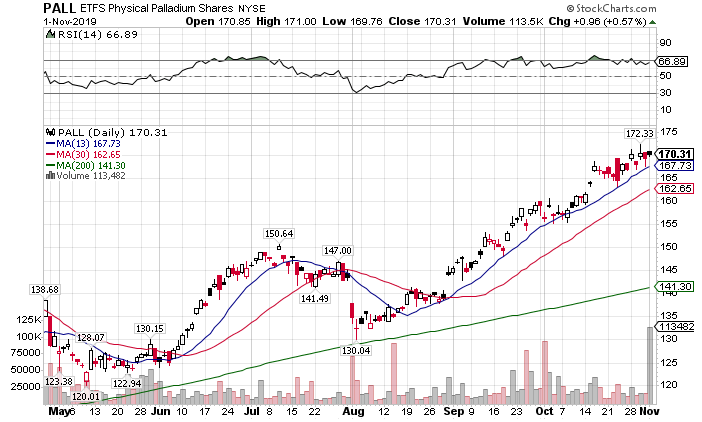 However, palladium may be in a league by itself. It’s used as a catalytic converter in cars to scrub your exhaust.

Yes, I had to look up what palladium is used for. I had no idea either.

Demand soared as countries like China begin to ratchet up environmental efforts.

Did the Fed finally break the dollar?

The dollar was the odd standout for the past year.

That leads stocks, commodities, metals, and other dollar-based goods to rise.

All of that happened… except the dollar rose too.

This week marked the first return to normalcy. The dollar retracted coming off the Fed announcement. 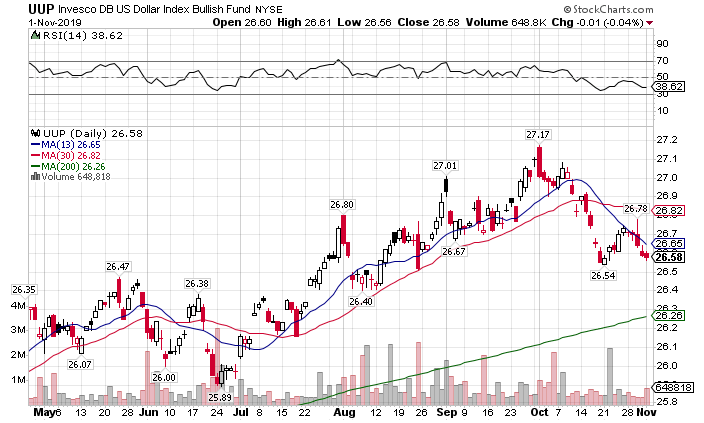 Listen to the pundits for the top. They’ll tell you.

The SPY could easily rise to the weekly upper Bollinger Band at $307.50.

However, the major markets look like they want to normalize.

This could be a retracement. But, with the VIX near record lows, it may mean a lot of sideways action. 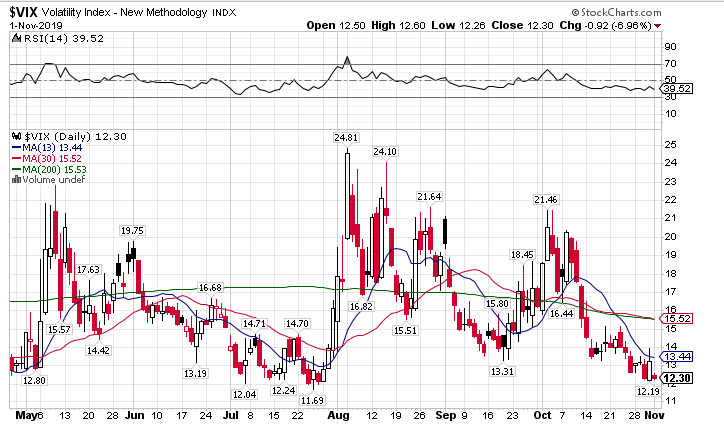 The market could buy enough time for earnings to catch up.

Until then I play things close to the vest.

Shorter time frames let me play the trend without getting left in its wake.

I’d rather take my future into my own hands instead of leaving it to buy and hold.

For the rest of us, there is Total Alpha.

Get a real education on how to win.