Your jump on the week

The last few minutes of Thursday’s trading session primed the pump for the Friday drag race… as it appears no one wanted to be short stocks going into the weekend. 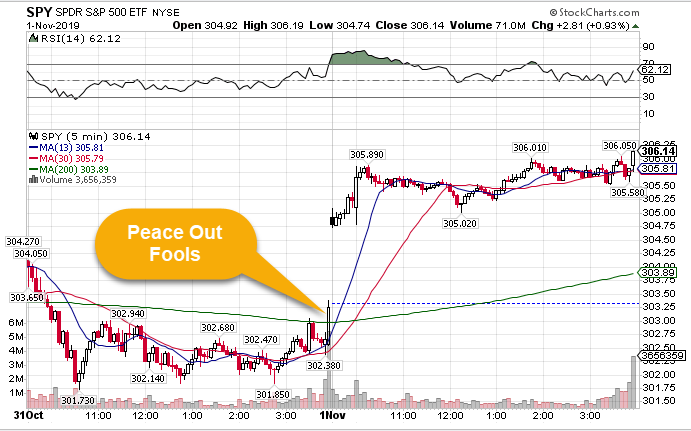 A combination of FOMO— sprinkled in with some margin calls— stoked the flames and fueled a rally that took the S&P 500 back to all-time high levels.

In this week’s Jump, I break down the earnings and IPO calendar, as well as, a complete breakdown on the SPY and Nasdaq, as they both hover around historical levels.

What’s in the news

That’s a bunch of crap.

They refuse to acknowledge technical analysis, and would rather assign the headlines to fit the market moves.

But, that doesn’t mean news won’t drive the market. We’ve seen a tweet send stocks into a tailspin.

I’ll be watching the political environment for real clues to any resolution to the major issues… and there are major issues.

We still don’t know the ending of the Brexit story. It’s impressive the minimal impact this has on the market given the Grexit of a few years ago would swing the market hundreds of points on even less news.

I don’t proclaim to be more than an observer of British politics. But, the longer they delay Brexit, the less of an impact it has. Simply put, if they do exit, delays give them more time to plan. On the flip side, delays also make an exit less likely.

Trade news remains entirely unpredictable. The Chinese economy is clearly suffering from growth contracting to its worst levels in decades.

That doesn’t mean the U.S. has felt nothing. GDP showed tepid growth of 1.9% in the last quarter. That’s just above Canada’s 1.6% growth.

Yet, home prices remain strong and inflation low. Corporate earnings are beginning to look more and more like an accounting shell game.

Recent beats in Health Care and Technology raised the decline quarter over quarter from -3.8% last week to -2.7% this week.

The real laggard has been energy.’ 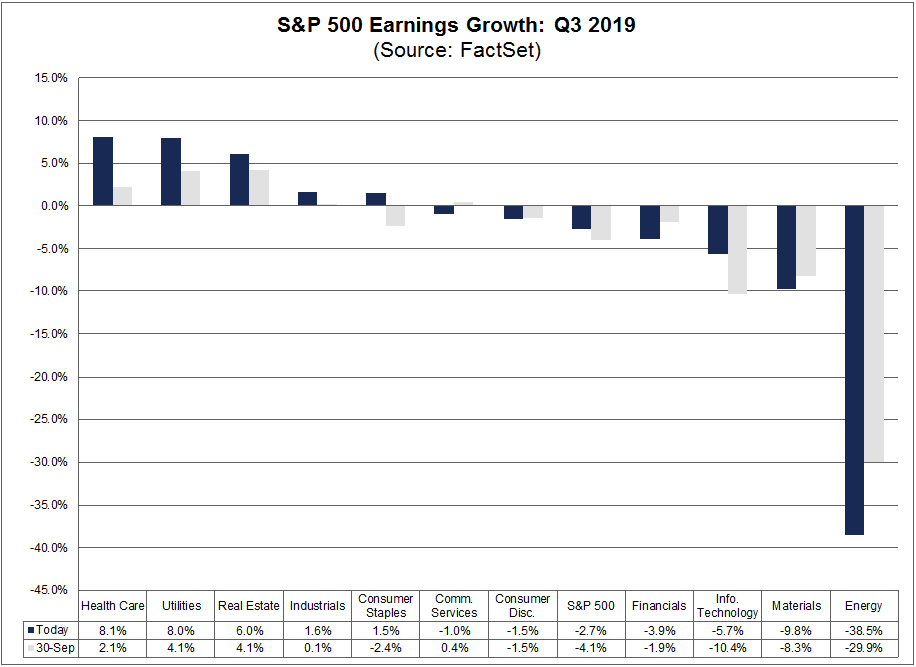 What could really change the dynamic would be a rise in oil and natural gas prices along with international construction.

However, with low global demand and new supply, we’re unlikely to see this change anytime soon.

In fact, it’s entirely possible that the global slowdown drags on energy and the S&P 500 for the next several quarters, if not a couple years.

The SPY and QQQ hit record highs in what looks like a blow-off top. Both finished up shy of 1% on the day on relatively decent volume. 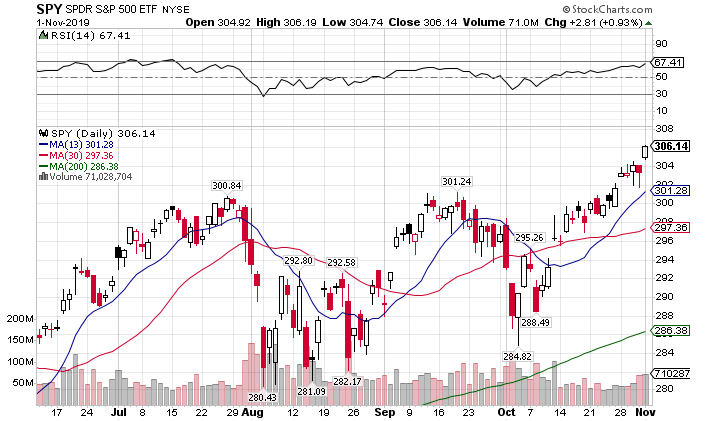 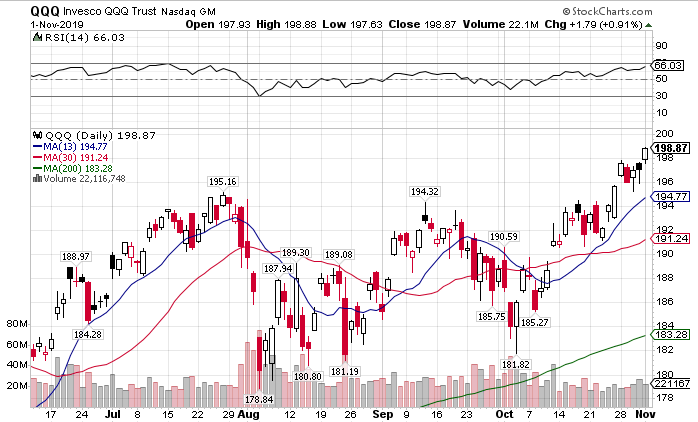 At the same time, the safety trades in Bonds and Gold worked higher. This typically doesn’t happen.

Economically, investors take a ‘risk-on’ trade by investing in stocks and equities. They sell bonds, gold, and U.S. dollars to fund the trade.

Conversely, the ‘risk-off’ trade works in reverse. Equities go down as bonds, gold, and the dollar rises.

Problem is… now we have everything going up (with the dollar being the only exception).

What’s troubling is the already lofty prices of Bonds shouldn’t be attracting investors.

The way I read it:

That’s not to say that stocks can’t rise further. We could see them make their way to the upper weekly Bollinger Band at ~$307.50.

That doesn’t mean we can’t make some great trades.

Jason Bond’s Weekly Windfalls strategy works great in these environments. His spread strategy creates defined risk trades that pay out quite often… like over 80% of the time.

Just the other week he spiked a $7,000 win on AMZN ahead of its earnings. 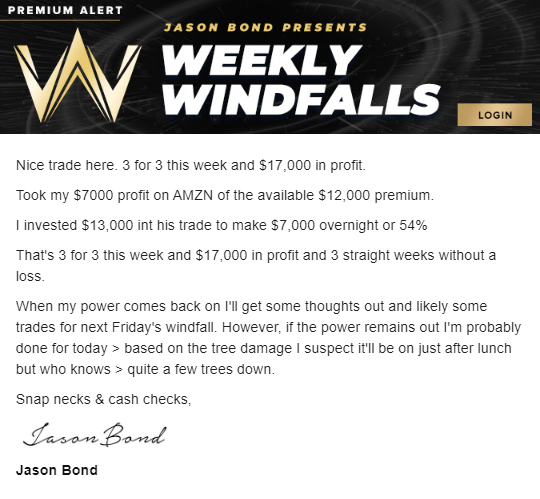 We’re starting to get towards the tail end of earnings. But that doesn’t mean there aren’t a few nice ones on the horizon.