Last Friday, markets appeared as if they lost their footing. News of the Coronavirus gripped traders with fear, sending the DOW down 600 points in a single day.

Apparently all was forgiven by Monday.

And since then equities have shrugged off every piece of bad news, surging all week, with the DOW climbing nearly 1,000 points in three days.

Just like that… we’re back to all-time highs. And to be honest, I haven’t seen price action like this since the dotcom bubble.

However, I don’t trade off feelings or hunches. I let the numbers and charts tell me where I should put my money to work. I trust my money pattern over anything an analyst or politician will tell me.

Forget about the hype for a minute and allow me to share with you what the data and charts are telling me.

Today I’ll walk you through the QQQs, TSLA, XLE and SMH.

Unlike all the other indexes, the Nasdaq 100 managed to pull off new all-time highs earlier in the week. Yet, as the days wore on, it found itself struggling to keep up. Yesterday’s market action saw that same index fall off from new highs to close below the open. 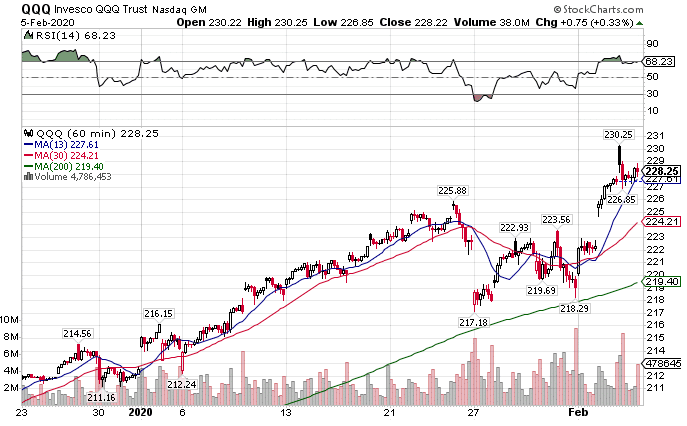 While it still finished the day above the previous day’s high, it may be a sign of waning interest. I mean after all, the QQQ returned over 40% last year!

Here’s what’s kind of unnerving about this though. When you look across all the sectors, only technology continues to perform. The rest of them aren’t hitting new all-time highs. I’m talking consumer staples, industrials, health care, materials and transports are nowhere near their all-time highs, financials are scrapping the area. Really utilities is the one area that keeps banging it out.

That’s not a healthy rally. I want to see more areas of the economy participating. Otherwise, we’ll just get a Tesla bubble in the tech sector.

The Rise and Fall of TSLA

I couldn’t write this newsletter without bringing up the Tesla rocket ride. When you look up ‘short squeeze’ in the dictionary, this week’s chart will pop up front and center. 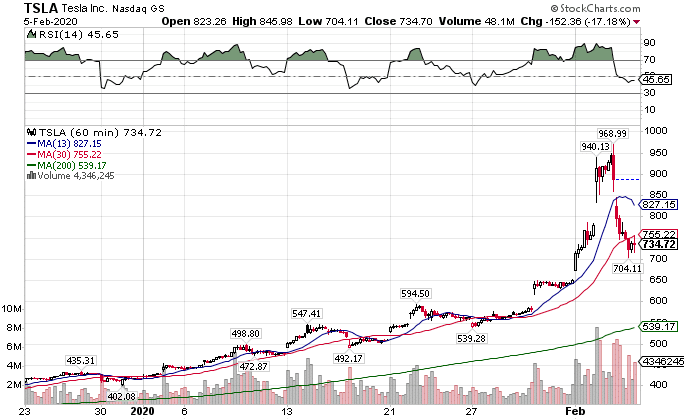 If you weren’t aware, short-squeezes occur when traders sell a stock short. That involves borrowing shares from a broker or another party and selling them on their behalf. When the stock moves to a lower price, they buy back the shares and close the trade, keeping the difference.

Short-squeezes happen when a trader can’t hold their position any longer. Their short best on Tesla moved so far against them that their broker feared they wouldn’t be able to cover their losses. They made a ‘margin call’ and forced the trader to cover their position. This means they bought back stock to close the trade.

As these folks bought back stock, it drove price higher. That forced more traders out of their positions, and created the geyser effect you saw this week.

Tesla’s story won’t end here, and certainly helped the Nasdaq along this week. But, it’s a dangerous situation I’ll be discussing in an upcoming newsletter that you should be cautious of.

Death of the Energy Industry?

There’s been a lot of articles recently that claim energy companies are no longer ‘investable.’ They posit the rapid change in global demand for clean energy is curtailing demand. Much as fracking led to a structural shift in production, the proliferation of electric vehicles and renewable fuels will destroy all but the healthiest energy companies.

Frankly, these articles are a day late and a dollar short. While Natural Gas makes up 40% of U.S. power consumption, renewable energy now makes up over 25%. It’s estimated that by 2050 48% of global power generation will come from solar and wind, with 62% from renewable sources as a whole. 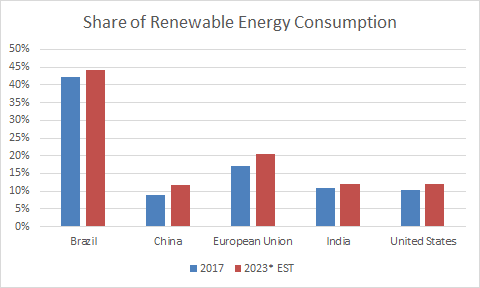 The biggest loser of this is coal. Quite simply, it’s economically cheaper to use renewable energy in many cases, making it a better economic choice. As electric vehicles (and potentially autonomous driving) becomes more common, the move off petroleum products should accelerate.

We’re probably looking at something akin to the gradual death in the coal industry happening in oil. The real problem becomes the impact on countries that rely heavily on commodities such as Saudi Arabia and Russia.

Even if there wasn’t a Coronavirus scare I would say semiconductors are overvalued. With that potential headwind, they’re setting up for an epic fall.

Believe it or not, this once coveted technology has been effectively commoditized. It’s pretty easy to manufacture chips, with China being a big player. So with possible supply and consumption disruptions in the mainland, a sector near all-time highs seems out of touch with reality. 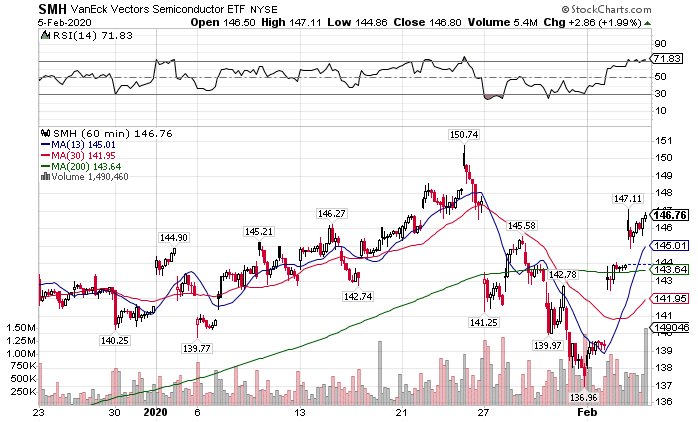 I’ve already been looking for short plays in AMD and several others. When money rotates sectors, this should be one of the first casualties.

A lot of traders are finding it difficult to trade these markets. Even with perpetual up-days, the swings throw them out of trades. Overpriced options keep them from profiting on the ones they get right.

That’s why I’m selling more options than ever before. I pick my spots and times carefully. So far, these trades netted some big winners for Total Alpha members.

You can learn how to make these same trades and get exclusive content. I can make you a better trader today.